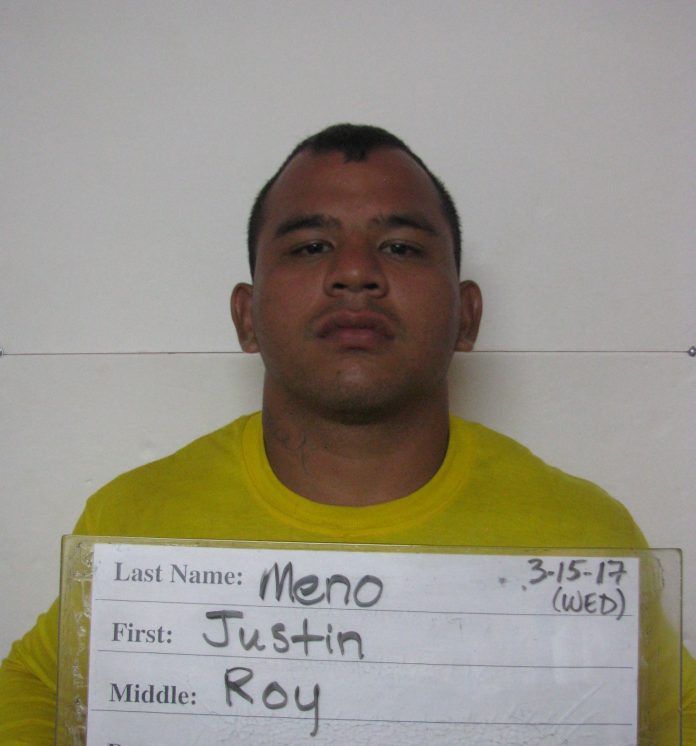 The victim, Justin Meno, was being held at the special housing unit where prisoners are typically sent for disciplinary reasons.

Guam – A beating inside the Mangilao prison compound has sent one prisoner to the hospital and now officials are trying to determine who is responsible.

Department of Corrections Spokesperson Lt. Jeff Limo says it happened at DOC’s special housing unit or more commonly known as the SHU where inmates and detainees are typically sent for disciplinary reasons or for maximum control.

Between 11 am to 12 noon, Limo says corrections officers discovered the victim, detainee Justin Meno, outside of his cell in the yard area. Although he was alert and coherent, Limo says their medical unit immediately brought Meno to the Guam Memorial Hospital for treatment. His condition is not known as of news time, but Limo did say that Meno was undergoing surgery this afternoon.

Limo says Meno was recently sent to the SHU because he had violated some institutional rules so he was placed under disciplinary segregation.

The entire compound is now on lockdown and Limo says special operations response team is conducting body searches on inmates at post 6 to see if anyone has markings that could indicate a recent altercation and possibly identify a suspect.

Limo says Meno has been in and out of prison and was on parole on a burglary charge when he was re-incarcerated on another felony violation.

An investigation into the into the altercation is underway.