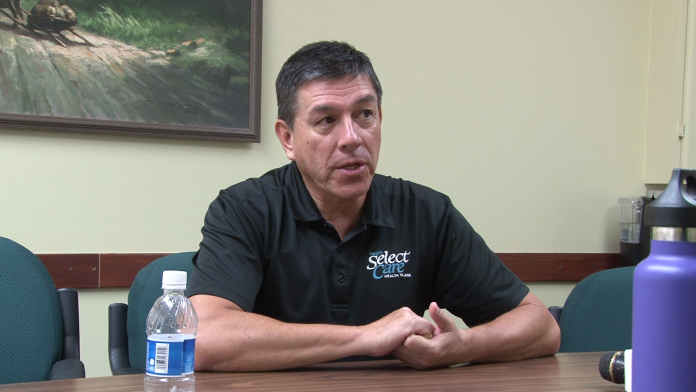 Guam – As the threat of losing Medicare funding looms, another problem on the horizon for the Guam Memorial Hospital is the potential loss of coverage from private insurance providers.

We met with Calvo’s SelectCare Plan Administrator Frank Campillo, who tells us that private insurers have a termination clause with the Guam Memorial Hospital which gives both the private insurance company, as well as GMH, the ability to terminate the contract.

The loss of Centers for Medicare and Medicaid certification is on a list of factors that could lead to termination of an agreement. Campillo explains.

“So for those that are dual eligible, Medicare and the private insurance company, there’s going to be that possibility that since Medicare doesn’t pay, then GMH may say, ‘Well, then you pay us.’ And the answer to that is going to be like, ‘Well, if you’re not Medicare certified then it’s very possible that we may not be able to do business with you because, clearly, we’re not pricing our products to now cover the entire population that should be paid by Medicare,” noted Campillo, adding that this would lead to an increase in premiums.

We also asked Campillo to weigh in on Sen. Esteves proposals of a government-wide HMO system. On the surface, Campillo says it’s hard to tell if an HMO model would work or if the secondary idea Sen. Esteves introduced today, giving the uninsured public, whether a GovGuam employee or not, the ability to buy into the GovGuam health insurance contract, would work either.

“If you’re just going to allow people to come in without–at any time–and if your’e going to say, ‘Well, you can join health insurance at any time,’ Well, you will only join when you’re sick. So again, the devil is in the details,” said Campillo.

Hospital leadership and mismanagement issues aside, Campillo emphasized the need to properly fund the hospital, much like how we fund our utilities, airport and Port Authority.

“It’s a 50-year-old infrastructure. The buildings, many areas are unsafe. So we need to really make the capital investments for the entire hospital and it’s something that the community needs to come out and say we have to. No ifs, buts or maybes. It’s the same way we make capital investments for the infrastructure of the utilities. Many, many years ago when we had the problems with the power outages, the consistent power outages, we decided that we needed to go to the capital markets and made the investments and have the community pay for those investments that we borrow in the bond market,” Campillo points out.