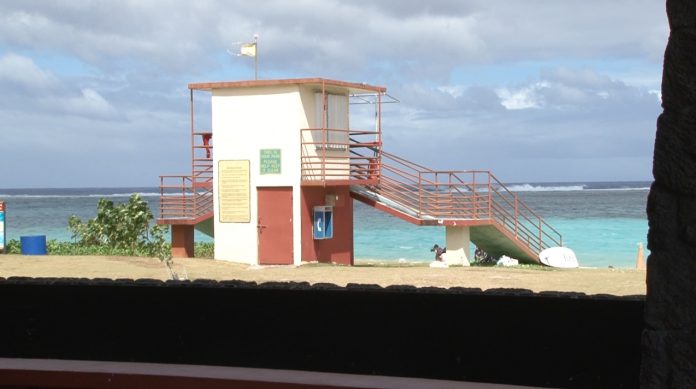 Is privatizing lifeguards the future for Guam?

You may have seen them around Tumon. They’re made up of mostly GPD reserves and former military members. Some have Motorcycles, bikes and golf carts. According to GVB PIO Josh Tyquiengco, they are are part of the visitor safety officer program. But they’re services may be expanding, according to department of recreations director Bob Lizama, Lizama says he had preliminary talks with G4S to bring all lifeguards under one wing, and the security force was inquiring about expanding lifeguard services through G4S to Matapang and Ypao. Lizama says that talks are preliminary and he will be meeting with GVB to discuss possible steps. Lizama says that they have to talk about the potential legal ramifications of such a move and what any potential memorandum of understanding would look like. The G4S contract is worth $400,000. Tyquiengco says the contract covers vehicles, equipment and lifeguard services. Each Visitor Safety Officer or “VSO” is certified to perform lifeguard duties but it doesn’t mean they are specifically labeled as lifeguards. But is this the future of lifeguards on Guam? Is it cheaper than hiring full time lifeguards? Lizama says that DPR has six full time lifeguards and three on limited term. According to the most recent staffing pattern available online, DPR lifeguards have an average salary of 24-26 thousand dollars annually. Additionally, lifeguard salaries total around $230,0000. In total, for 9 lifeguards, DPR has a financial responsibility of $314,143.14. Lizama says that if Matapang and Ypao were to be brought under a private contract, it would free up resources to use elsewhere around Guam.