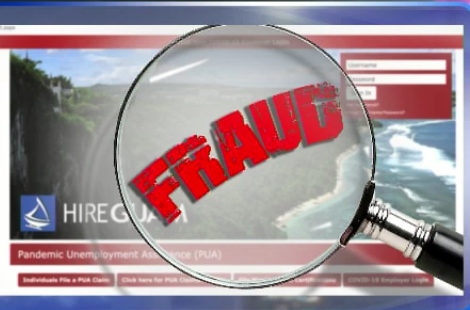 Guam Department of Labor unemployment processing teams are seeing an increase in fraudulent applications which is slowing them down.

GDOL Director David Dell’Isola said: “I can tell you that it is taking up a lot of our resources. And as we’ve seen, our claims are up here, and then slowly go down, the fraud claims are coming up.”

Dell’Isola says the fraudulent cases coming in are getting more sophisticated and fraudsters are trying varying ways to crack into the system and collect unemployment benefits.

Dell’Isola says most of the fraudulent applications are from off-island claims. But there are also local cases as well.

“Misclaiming information, identity theft, just people taking usernames and passwords…I mean, it’s the whole gamut. And I can’t tell you enough, this is taking up so much time and resources,” Dell’Isola said.

The GDOL director says it’s hard to say exactly how many cases are fraudulent and how many have been swept up in the fraud measures added to the online system.

But he said despite being bogged down with fraudulent claims, there are many more clean and paid out applications than there are problematic ones.

Over 33,000 initial claims have been submitted in the system and another batch of payments is expected next week covering clean claims through July 1st.