WASHINGTON, Dec. 27, 2013 – Senior defense officials praised the governor of Okinawa, Japan, today for his approval of construction of a long-postponed air base to place Marine Corps Air Station Futenma next to Camp Schwab in Henoko Bay.

During a media conference call, Pentagon spokesmen hailed the governor’s green light of the landfill permit allowing a new runway to be built as a significant milestone in both the project’s progress and the United States’ partnership with Japan.

“We view this as a very important, critical milestone on our posture in Japan and Northeast Asia at large,” a DOD official said. “It keeps our presence forward in Okinawa … [and] it moves our presence … to the least populated part of the island and reduces our footprint there.”

The base houses U.S. Marine Corps MV-22 Osprey tilt-rotor aircraft and other aviation assets as the United States continues its relocation of Marines to Guam and elsewhere in the Pacific region.

In addition to Okinawa, the official explained, the decision complements the United States’ overall strategy of rebalancing toward the Asia-Pacific region.

“We view the U.S.-Japan alliance and our posture there … as one of the key pieces of the rebalance,” he said. “If you get the Northeast Asia posture — Japan and Korea — right, it is a tremendous foundation from which to continue the rebalance and the momentum and course it’s on.”

Officials noted the project will also enable the alliance to address other strategic issues in the region.

“It will free up a lot of senior-level attention and allow [focus on] bigger and broader security issues in Northeast Asia,” an official said.

Defense Secretary Chuck Hagel is not only in negotiations to develop an environmental plan, but has engaged with Japan’s Prime Minister Shinzō Abe, Defense Minister Itsunori Onodera and the chairman and ranking members of the Senate Armed Services Committee to build a strong, sustainable U.S. military presence with less impact on the people of Okinawa.

“The secretary made a commitment on this issue to try and make progress with our very good allies in Tokyo,” a DOD spokesman said. “This was a landmark step forward that was good for the alliance and good for the agenda moving forward.” 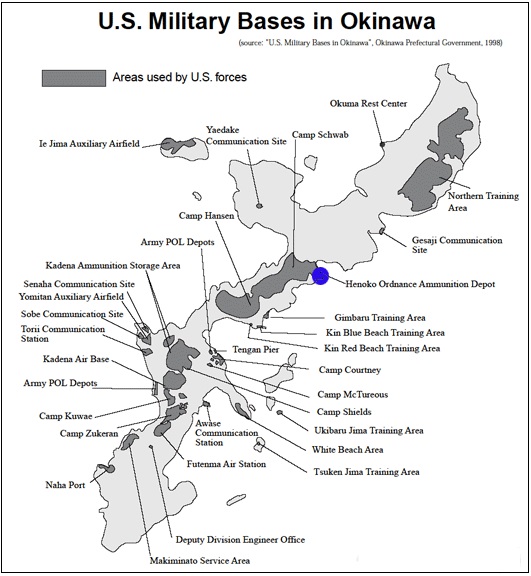