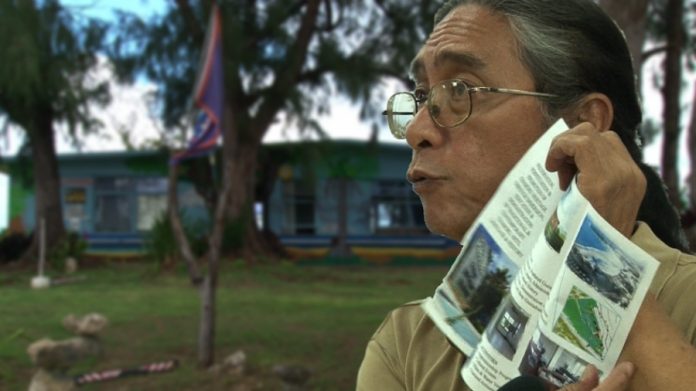 Ed Benavente passed away shortly after midnight last night on July 6th at his home in Mangilao.

Ed Benavente passed away shortly after midnight last night on July 6th at his home in Mangilao. He was an active proponent of the CHamoru culture and CHamoru rights. He was a founder of the Sagan Kotturan Chamoru or Chamorro Cultural Center in Oka point Tamuning. “He meant so much. I mean to us he’s a warrior he’s a hero. He fought for us he always comes out and makes sure we’re OK being the youngest members of the Guma here at the center. He always takes care of us and it’s just gonna be so hard to not see him stop by and check if we’re ok check his hot peppers right in front of his house it’s gonna be hard,” said Patrick Camacho founder of Guma Fuetsan Chamoru-ta.

Benavente was also one of the founders of the non-profit organization Inadahen I Lina’la’ I Kotturan Chamoru Inc. which runs the Sagan Kotturan Chamoru or Chamoru cultural center at Oka point. “He’s always been giving us advice giving us directions but he’s always behind the scenes he doesn’t like to be up in the front he always wants to make sure especially our up and coming practitioners with the culture,” said Inadahen I Lina’la’ I Kotturnan Chamoru Inc board member Ray Leon Guerrero.

Fellow board member Raph Unpingco illustrated the drawings for a book that Benavente researched and wrote called I Manainata. The book was about the CHamoru warriors and leaders during the Spanish/CHamoru wars called. “What would you like the people of Guam to know about Ed and remember him for?” asked PNC. “Wow umm….his passion for our culture,” said Unpingco as he choked back the tears.

When testifying recently in the legislature’s public hearing room when he felt the cultural center was under threat of being given to a private developer Benavente said the following: “So I leave it to you guys man protehi fan, ayuda ham, yan difende ham. Hasso eyi iyota oath ni para ta protehi yan difende i lenguahi-ta i kottura-ta i tano-ta i ante-ta i aire-ta i hanom-ta yan todu.”

Nightly rosaries will begin at 8:00pm tonight(Weds.) in Mangilao at the family residence on Quichocho street.