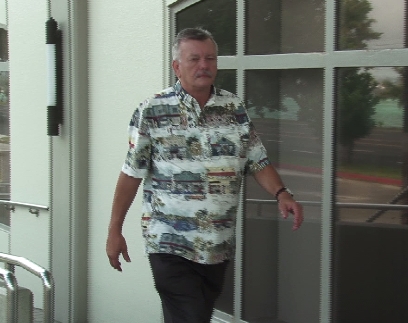 One of the co-defendants stayed at Shoemake’s residence for a few days in June.

Guam – The former owner of Guam Medical Transport who was indicted on Medicare fraud could have his bail conditions revoked.

The US Attorneys Office is requesting the District Court to schedule a hearing for former GMT owner Clifford Shoemake to show cause to violations of his pretrial conditions.

Specifically, the U.S. Probation Office says co-defendant Kimberly Conner stayed at Shoemake’s residence for a few days in June despite a court order that only allows the two to have limited contact to discuss business ventures.

Shoemake, Conner, Shoemake’s son, Nicolas and another defendant, Thelma Joiner, are accused of conspiring to defraud the federal government out of Medicare funds by falsifying claims forms.