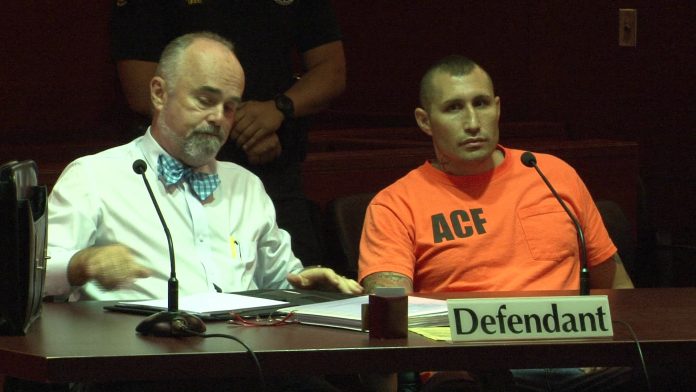 Allan Agababa appeared in court today. No trial date has been set yet as the defense is still waiting on transcripts.

Guam – Allan Agababa was back in court today where attorneys discussed evidence in the murder case.

Agababa is facing murder charges in the August 2013 death of his mother, Shelly Bernstein. Prosecutors believe Agababa killed his mother to collect on life insurance benefits by striking her on the head with a blunt force object.

This is the second time Agababa will be facing trial. The first one ended in mistrial because of a hung jury.

“Your honor, I have not received any indication of when the transcripts will be ready and in conferring with government counsel, Mr. Quan, about this prior to the court taking the bench we believe that further status hearing sometime first week of February would be the best idea because even if the transcripts get prepared before that, they’re going to be voluminous and need some researching. Additionally, the government is going to be doing some additional testing on one of the items that were found at the scene,” said Van De Veld.

Judge Cenzon accepted the attorneys request and set Agababa’s next hearing for February 2nd at 9:30 am. No trial date has been set.