Did the Guam Memorial Hospital do everything within its power to collect $19.8 million owed by patients? If you ask Public Auditor Benjamin Cruz, he’d say “no.”

Guam – The Office of Public Accountability found that 90 percent of self-pay accounts remained unsettled and 99 percent of the time the hospitals collections team is tasked with unrelated jobs.

“The reason why I am so dismayed by the hospital is also in the audit. But there is a management response from the hospital, where note they don’t dispute the fact that 90 percent isn’t collected in all six pages they don’t dispute that they go through first page they go sending out the bills is only permissive that argument not mandatory,” Cruz said.

The hospital responded that enforcing payment of self-pay accounts is often a challenge and at times futile.

For the last 10 years, Cruz said, the hospital’s argument has been that more manpower is needed. Cruz pointed out that the hospital’s Citizen centric Report indicated it was down 30 percent in population.

“They want more people to collect on these self-pay; that they admit in their own management response they’re not paying attention to and they didn’t send to collection. Thankfully now the send it to the AG which has become Guam&#39;s collection agency,” Cruz said.

“The thing that I am concerned about is that this audit was only to check whether or not the hospital was complying with its regulations under GAR and whether or not it was complying with the statutes and their SOP’s that’s all we were trying to check and when we went through we found that they weren’t and they in their management response have various reasons why they claim they can’t do it,” the public auditor said.

The audit team also discovered that collections were not always an issue. Cruz said the hospital had better collection practices some 20 years ago when the hospital employed a financial counselor.

Apparently, it comes down to language in the regulations which according to Cruz says the hospital “must” send out the bill rather than “shall” send out the bill, making billing notices to self-pay patients permissive not mandatory.

“To play that legal game in response, as opposed to saying, yes, we don’t send it out in a timely fashion, we don&#39;t give it to them as they leave the hospital, we don’t have them sign promissory notes when they are leaving and we’re going to do something about that is really unfortunate they have rationalized everything that we found,” Cruz said.
Cruz said even when an account becomes delinquent, the hospital doesn’t follow through with the protocol to contact the patient every 15 days. Instead, the process isn’t done until 58 to 200 days after the person has checked out of the hospital.

“The audit truly was like a performance and improvement opportunity for us. It revealed to us that our policies and procedures are government administrative rules and regulations are kind of antiquated they are old it doesn’t really fit in line with today’s practices. And so yes, we recognize that and we realize that so therefore we are om the move to revise the
policies,” Posadas said.

Until then the policies in place will dictate how the hospital operates. This is part of the shortfall, according to Posadas.

“We are not perfect we have fallen short in our efforts with limited resources to really emphasize the collections from the self-pay customers,” Posadas said. “Although we do focus our efforts o those who have the ability to reimburse the hospital.”

Posadas said despite its challenges, the hospital will move forward to get the resources to concentrate their efforts to collect from self-pay patients. 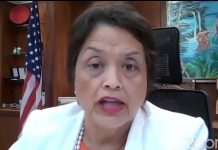