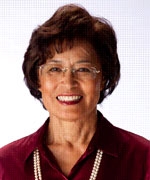 The Public Auditor says that in fiscal year 2014 GovGuam recorded a $60 million dollar “cash deficit” and she expects another cash deficit for FY15.

In fact the Public Auditor says that in fiscal year 2014 GovGuam we recorded a $60 million dollar “cash deficit”. Brooks says that GovGuam has a penchant to overspend and ends up paying prior year’s obligations with current year cash. The Office of The Public Auditor is currently working on an Audit of FY2015 and so far it doesn’t look good for GovGuam.

“I’m comfortable to say that GovGuam will have a deficit in 2015 once the audit is completed and we’re in the process right now and we’re trying to get this audit out sooner rather than later,” said the Public Auditor.

Although it’s not required by law until June 30th she hopes to get the FY15 audit out by April or May.