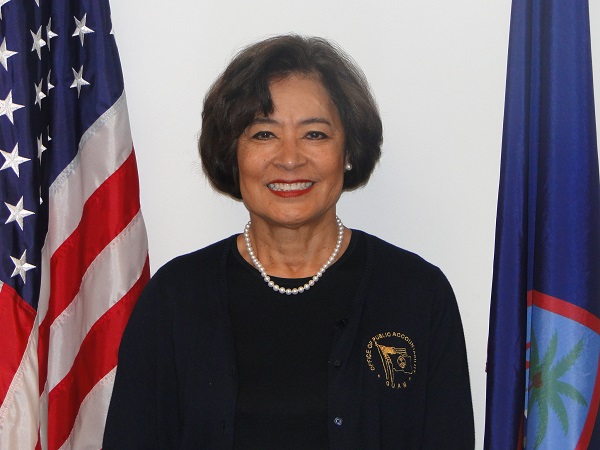 Guam – is 3rd amongst the territories for the highest debt to Gross Domestic Product(GDP) ratio. The Public Auditor told the Rotary Club of Guam today that Guam’s debt to GDP ratio is now at 48%.

So where does all the debt come from? Well the largest portion of the over 2 billion dollars worth of GovGuam debt is from bond borrowing. “We have 1.2 billion dollars of bonded debt and that is the debt we use to pay for operations and I’ll be talking about that. Pay for the landfill, that’s the biggest one. That’s about $270 million dollars and a few other operations,” said Brooks.

The Public Auditor says this has been the pattern for GovGuam over the last 20 years. “It’s kind of like you getting a mortgage to pay off your credit card. And that’s what we’ve done but we still have to pay that and that’s how we’ve accumulated this $1.2 billion dollars in bonded debt,” said Brooks.

Another source of debt is the $279 million in capital leases for some of the island’s schools. “The Okkodo, the Okkodo expansion, JFK, Tiyan the big $60 thousand square foot administrative building for DOE. $60 thousand square foot building okay. And then if the appeals are resolved we will add another 100 million dollars or thereabouts for the rebuild of Simon Sanchez,” said Brooks.

GovGuam’s debt is also comprised of a $920 million-dollar unfunded liability of the Retirement Fund. “I am not as concerned about the pension liability even though its $920 million dollars and the reason for that is because we do have a plan by 2031 and that’s less than 13 years away that we will be fully amortized,” said Brooks.

In addition to all of this borrowing and over spending, Guam is facing the Trump tax plan which will reduce revenues for GovGuam as employers will be remitting smaller income tax withholdings to GovGuam. In addition, she says Section 30 funds will also be reduced. Meanwhile earned income tax credits will increase.

“The regular income tax withholding will be lower, Section 30 monies is going to be lower and Earned Income Tax Credits (EITC) are going to be higher. And as Joe Arnette has already said speaking to another Rotary, GovGuam has to take action. A call to action must happen because we will be adversely affected, and we’ll start seeing that effect come February or March just next month,” said Brooks adding, “We have to take action in 2 areas and I know businesses don’t like to hear it but revenues have got to increase. Gross Receipts Tax have got to increase. Expenditures also either flattened, whether or not there is the political will to decrease is another area but at least flattened and then we might be able to ride out this storm,” said Brooks.

The Public Auditor Says GovGuam’s revenues could decrease somewhere between $40 to $70 million dollars.