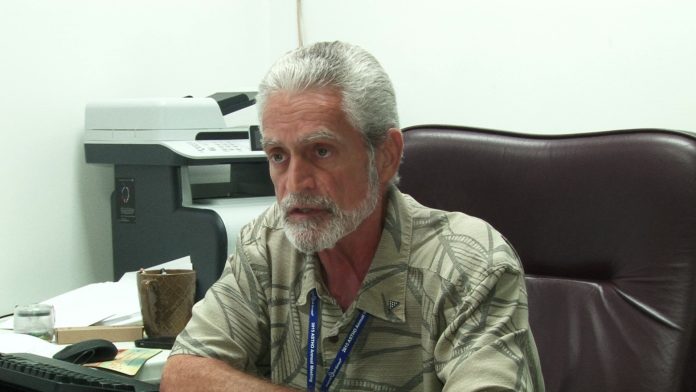 Officials were prohibited from identifying the country in which the delegate came from.

Guam – A FestPac delegate has been confirmed to have dengue fever. Department of Public Health and Social Services Director James Gillan, however, assures the public that the patient is no longer infectious.

Gillan says the delegate arrived on Guam on May 22, already presenting with fevers. On May 23, the delegate was brought to the Guam Memorial Hospital to be treated for prolonged fever. The patient was discharged the next day, but Gillan says Public Health wasn’t notified immediately.

“I think the hospital was not aware that they’re required to report right away as soon as they have any presumption of any disease like that. Wo we were not aware of this patient until the patient was discharged the next day,” Gillan says.

At the time the patient was discharged, officials were treating him for zika virus. Gillan says, fortunately, Public Health has the ability to test for zika and other similar diseases now.

“Since it was presumptive for zika, we ran the zika PCR first and then our protocol is to run it for dengue, run it for chikungunya. So the first good news was it’s not zika and then the next call I got from the team is, ‘Oh, but it’s positive for dengue.’ But having the abiity to do that quickly really was very beneficial,” explains Gillan.

Both zika virus and dengue fever are mosquito-borne illnesses and are spread through mosquitoes bites.

While the news may be alarming given the presence of mosquitoes on Guam, Gillan assures the public that the delegate who was positive for dengue fever is no longer infectious.

“When we did the determination last night with the team, the patient had been fever out for a few days even before they arrived. So you start counting those days when they’re symptomatic,” says Gillan. “So counting the days and the number of days that a patient is infectious we were able to determine that there’s no more risk. Patient is not infectious.”

“Infectious period generally is five days from the onset of the symptoms,” he adds.

PNC: “Are you able to tell us which country the patient is from?”

“No. Even though they’re from other countries, our health insurance portability privacy act still applies,” Gillan says.

Gillan also says that the Division of Environmental Health visited all the FestPac sites to conduct an assessment of the effectiveness of their insecticides and he says so far, they have not found any mosquitoes.

“We weren’t that particularly worried that even if this patient had been infectious at the time, there was nothing there to bite him,” explains Gillans. “But we still recommend that if you’re out at dawn or dusk which is when these albopictus mosquito like to feed, that you might wanna use mosquito repellent and we do have spray booths at all of the sites.”

You can read the DPHSS release by clicking on the file below.