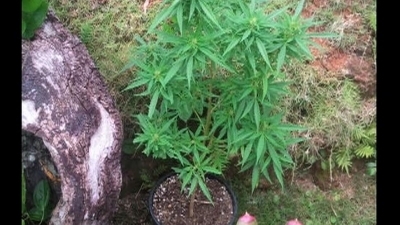 On Wednesday on mornings with Patti Arroyo on K57, Gillan called the final public hearing “a circus.”

Guam – After being called out by some for his absence at the final medical marijuana public hearing, Public Health Director James Gillan is firing back.

With the criticisms piling up against the program, Gillan questioned Senator Tina Muna Barnes’ lack of support. In an email he sent her today, Gillan states that public health developed the rules and regulations under constraints and Senator Barnes failed to point this out when Gillan came under attack from several residents who testified at the hearing. Meanwhile, at the final hearing, medical cannabis advocate Andrea Pellicani called for lawmakers to move oversight of the program from public health to the AG’s office under consumer affairs, a point that Gillan says he is not opposed to. Additionally, Gillan says he remains hopeful that medical use of cannabis becomes a reality but he is ‘discouraged somewhat that there are some who use the pain and suffering of others as a lever to what appears to be the total legalization of the use of marijuana.” On Wednesday on mornings with Patti Arroyo on K57, Gillan called the final public hearing “a circus.”