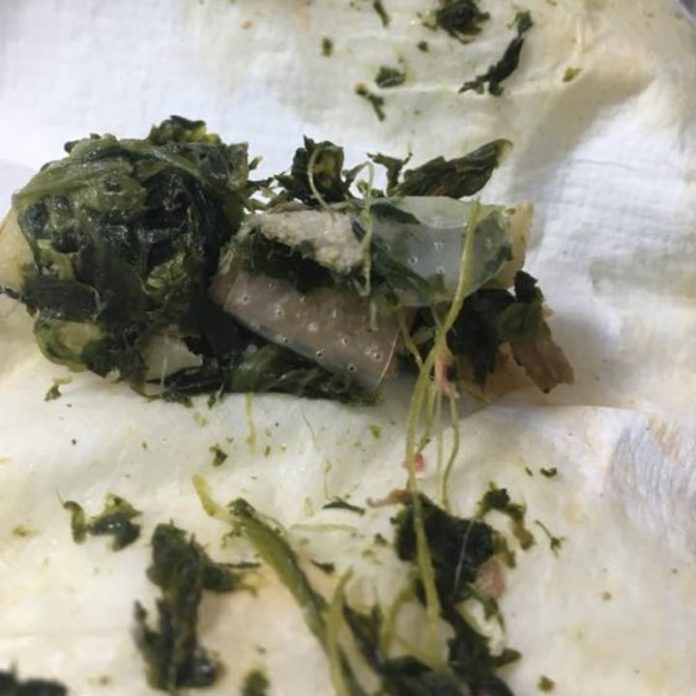 Guam – Two Filipino restaurants accused of leaving used bandaids in their food have provided proof to the Department of Public Health that the photos circulating social media could not have come from their restaurants.

Public Health issued two inspection reports, one for Josie’s Batchoy and the other for Rambie’s. Pictures of used bandaids found inside to-go meals prompted the inspection, but Public Health’s Chief of Environmental health Tom Nadeau says they did not receive any complaints.

Visits were made to both restaurants and in both instances, inspectors did not observe any cuts on any of the employees’ hands.

Josie’s Batchoy’s manager told inspectors that they only use large bandaids, not small ones like the ones seen in the pictures, and that they have a policy in place that removes workers from food tasks if they have any cuts or scrapes.

Rambie’s, meanwhile, said the photo could not have come from their establishment because they do not serve any red onions in their food. Public Health said they did not find any red onions anywhere in the restaurant. A piece of red onion can be seen in the picture.