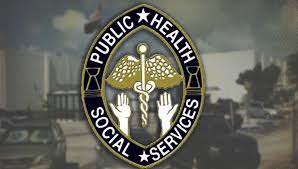 Monkeypox, which PNC previously reported is now categorized as a Public Health Emergency of International Concern, has not yet made its way to Guam.

However, Guam Public Health officials gave their input on how the virus can spread, should the viral disease make its way into the island.

According to NewsTalk K57’s Patti Arroyo – Currently the island is waiting a test result to see if Monkeypox is on island.

As PNC’s Devin Eligio previously reported – the rate at which monkeypox has been spreading, during the month of July, raised concerns with the World Health Organization.

As a means to combat the virus – a vaccine that was originally intended for smallpox is being used.

Dr. Bob Leon Guerrero, Public Health’s Interim Cheif Medical Officer said, “There’s a vaccine called Jyanneos, that was approved for smallpox. Smallpox is an orthopox, which is a close cousin to the monkeypox. So they made it available for the monkeypox and they’re going to be shipping supply out to all jurisdictions soon. The states that do have it, like Hawaii, they’ve already received some because they already have it documented. The reason why we haven’t received it as of yet is because we haven’t had any documented case.”

Unlike COVID, which is spread through the air, Monkeypox can only be spread at extreme close contact.

Dr. Leon Guerrero said, “At this point, you’d have to have very close skin to skin contact. It can be respiratory in the sense that if you’re doing a lot of kissing to somebody, you can get the raspatory droplets. Again, at this point, it’s mainly transferred trough skin to skin contact. So sleeping with somebody, having sex with somebody, sleeping in a bedding that somebody with monkeypox had, those are the type contact that will spread monkeypox.”

When compared to COVID, in terms of transmissibility, Dr. Leon Guerrero says that currently, monkeypox is not as severe.

Dr. Leon Guerrero said, “COVID is a lot easier to spread, because it can spread through raspatory. Monkeypox at this point not yet.”

Moreover, according to Public Health’s Chima Mbakwem, a person can also contract monkeypox if they got into contact with an item or surface that an infected person recently touched.

Moreover, the challenge, according to Mbakwem, is that when 1 case of monkeypox arrives in an area or region that has never seen it before, it turns into an outbreak.