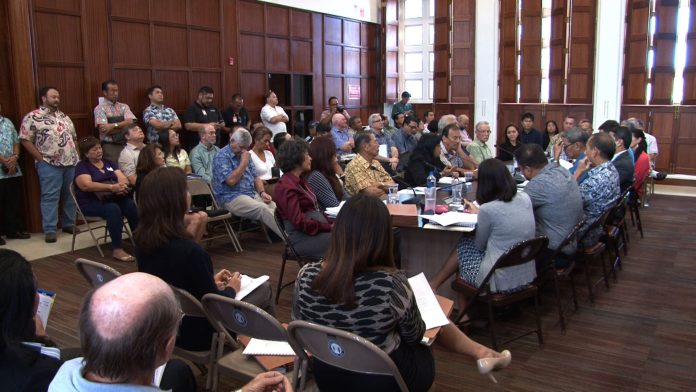 In its public hearing yesterday, a bill that defines consent, among other things, received overwhelming support from senators and different organizations.

Bill 243-36 not only changes the language of a current law from mentally defective to mentally impaired but expands the definition of mental consultation to physically helpless.

The intoxication loophole protects a defendant if their victim chose to consume alcohol prior to the assault and is not completely incapacitated.

The bill was introduced in recognition of a case last year, where the Minnesota Supreme Court overturned a felony rape conviction because the victim had voluntarily consumed alcohol.

According to Torres, similar statutes exist in Guam Code Annotated.

Torres reports that, in the US, an estimated 10 million women are raped whiled under the influence of alcohol or drugs.

According to Torres, Guam has the second-highest number of rape cases per capita in the country.

More than half of sexual assault cases don’t even get reported, added Torres.

Jayne Flores, Director of the Bureau of Women’s Affairs, has said that the governor’s community outreach federal programs office of violence against women teaches one thing.

Prosecutors have been challenged with multiple cases where they could not use intoxication as a reason against the defendant which made proving their argument much more difficult.

During the public hearing, members of the 36th Guam Legislature suggested small tweaks and had questions about the language within the bill. Regardless, they voiced their full the bill and expressed their hope that it will seal the loophole.