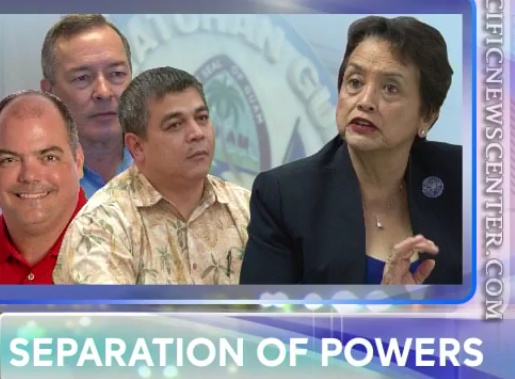 “The Restoration of Separation of Powers Act” was heard this afternoon at the legislature.

At the hearing, Duenas says the legislative authorization requirement is not unique since states such as Michigan and Hawaii have adopted legislation that requires legislative approval for any emergency declaration extension made by the governor.

He also says the economy has been brought down to its knees because of the pandemic, which requires the government to balance its priorities — that of the community’s safety and the island’s economic needs.

Bar owner Thomas Peinhopf also spoke during the hearing as part of local businesses impacted by the pandemic shutdown. He said that although they are part of this island, they pay taxes, and are a part of the economy, they feel that larger corporations are preferred over small businesses.

Meanwhile, co-sponsor Sen. James Moylan says the legislation is not just about questioning the Governor’s decisions with lockdowns during a public health emergency, but it’s about transparency and about checks and balances.