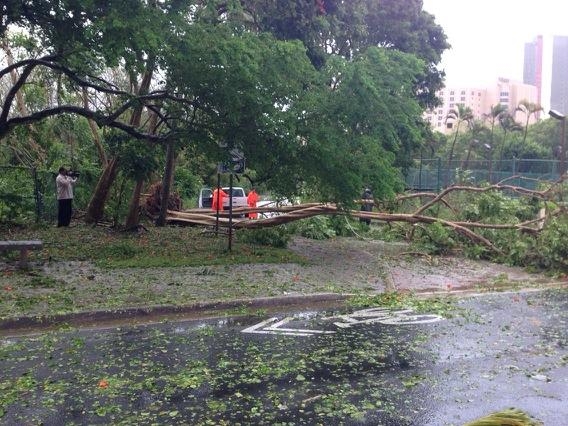 GEDA gave an update to lawmakers on their plan to reduce flooding in the Tumon area.

Guam – The Guam Economic Development Authority gave Guam lawmakers an update on their plans to address flooding down in Tumon.

GEDA has plans to funnel all flood waters into one big ponding basin and then let the water run out into the Tumon bay. This plan has drawn a lot of criticism from environmentalists and conservationists. Today a local fisherman even spoke out in opposition to the plan. The concerns are that the flood waters will both pollute the bay and cause significant damage to the ecosystem and marine life. A significant influx of freshwater that would normally be filtering slow through rocks and soil can wreak havoc on a saltwater ecosystem.

“None of the federal agencies I would say support this project we all have considerable concerns about it about discharging that amount of storm water into one point in Tumon bay. There are health concerns there are environmental concerns there are economic concerns about potential impacts that discharge can have and the long term impacts on the bay,” said a representative of NOAA who was at the public hearing.

Local fisherman Jesse Rosario said, “It’s gonna be very detrimental to the habitat the ecosystem and we are not gonna have anything left for our kids for the future of our grand kids,” adding “as part of my family as a peskadot we are totally against this project.” GEDA is hoping to complete the designs for this new ponding system by November.