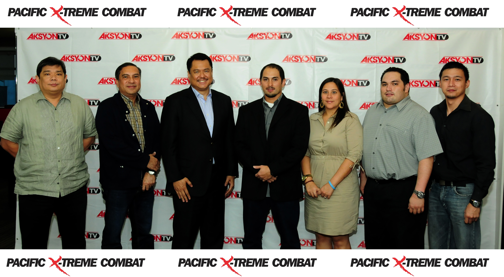 Guam – On Wednesday, February 09, 2011, Pacific Xtreme Combat, Inc. announced its plans to expand PXC events to the Philippines, where mixed-martial events will be held beginning this summer. A signing took place in Manila to establish a relationship between PXC, Guam’s premier mixed-martial arts company, and TV5, the media partner and co-producer for PXC Philippines.

ABC Development Corporation (otherwise known as TV5) is a wholly owned subsidiary of MediaQuest Holdings, Inc., the investment arm of the PLDT Beneficial Trust Fund. TV5 is the fastest growing network in the Philippines, investing heavily in infrastructure upgrades, production and acquisition of program and content.

According to EJ Calvo, “Events will be nationally televised and promoted aggressively by TV5 and other media partners. We anticipate to quickly establish international syndication partners as well in 2011. We selected TV5 as our partner in the Philippines because of their position in the market and expanding sports content. They are doing exciting things, and we both feel that PXC will be huge in the Philippines, and will be viewed by millions.”

PXC President, Joey Calvo, commented, “PXC will continue to produce Guam’s biggest shows, but its time to expand to the regional stage and give our athletes the exposure that could launch some great careers in this sport. This is really a big step for PXC and for Guam.”