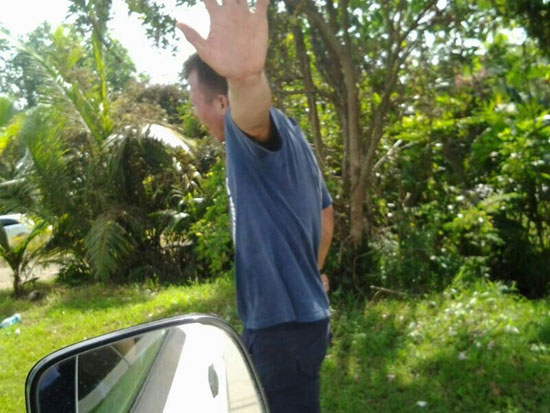 Guam – Superior Court Spokesman Josh Tenorio says that he has been informed by U.S. Marshal Frank Leon Guerrero that the Taotaomona Fugitive Task Force has detained the “person-of-interest” that Guam Police have been looking for in connection with the Saturday murder of  a 63 year old Nancy Pangelinan Mafnas..

Tenorio said that U.S. Marshal Leon Guerrero told him that the “person-of-interest” was picked up in the Ukkudu area.

The U.S. Marshal’s Office declined to comment for PNC News and directed all questions to Guam Police Spokesman Officer A.J. Balajadia who has not yet been available for comment.

Monday, Officer  Balajadia identified the victim and released the photo of the “person-of-interest” they have been looking for. The identity of the person has not yet been released, nor has he been charged yet.

Mafnas was found dead in her home Saturday evening. Officer Balajadia said that she the cause of her death was “blunt force trauma.”

Medical Examiner Dr. Aurelio Espinola performed an autopsy on her Monday and he told PNC News that he has no doubt that the woman was the victim of a homicide. However he said he could not disclose any details because police have asked him not to.

View the photo of the “Person of Interest” in killing of Nancy Pangelinan Mafnas below.