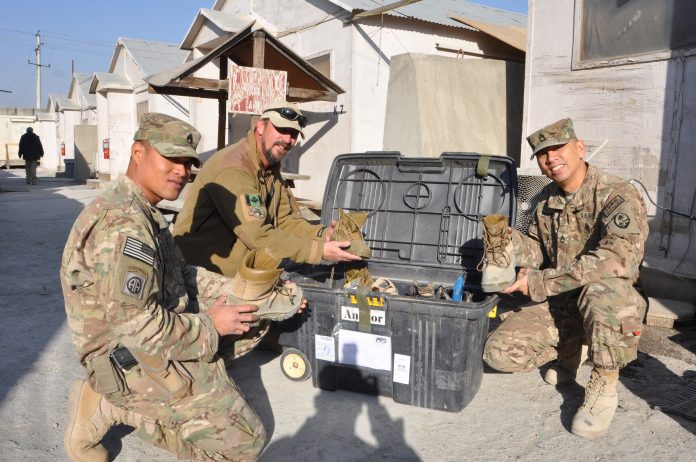 CAMP PHOENIX, Afghanistan – Task Force Guam let its feet do the talking in its last act of goodwill before departing Afghanistan.

Members of 1st Battalion, 294th Infantry Regiment, Guam Army National Guard, donated more than 120 pairs of boots to an Afghan security organization that serves a significant purpose in Kabul, according to Patrick McCafferty, a retired Canadian military warrant officer who mentors close to 250 Afghanistan Public Protection Force employees. The Guam soldiers are slowly trickling out of Afghanistan as their Operation Enduring Freedom commitment rapidly ends, but made time for one final mission to the Afghan community.

“I cannot begin to tell you how important this is. It means a lot to the guards and to the people of Afghanistan,” McCafferty said. “I am flabbergasted and very appreciative of the Guam soldiers helping out. The simple act of donating used boots will do more for building relations at the grass roots level [soldier to soldier]. I cannot thank Guam enough for your generosity and your Regiment will have a profound positive effect with my guard force.”

“It worked out well for everyone. Soldiers have boots they want to get rid of because you cannot use them anywhere else but in Afghanistan, and we’re about to go home,” Tougher said. “Rather than discard them, we’ll give them to a good cause. The security company needs them and we’re happy to help.”

“When the APPF guards receive a pair of boots that are good quality, they feel more professional and greatly appreciate the feeling that some of us care for them. It helps builds bridges between our cultures,” McCafferty added. “The quality of uniforms and boots that are issued to the APPF by the Ministry of the Interior are inferior. They’re very low quality, with boot heels glued together. They’ll fall apart within a month.”

McCafferty is site security manager for a private firm but also conducts personal security and risk management consultation. He’s a key asset to APPF as he trains, mentors, feeds and outfits all security guards as best he can.

“I deal with the lives of these guys and that includes their health and welfare,” McCafferty said.

Guam’s benevolence stems from an early December incident where a local security guard was accidentally killed. With Guam forces present, the incident closely escalated into something more serious. McCafferty greatly assisted calming things, saving what could have been a major international conflict.

“It’s obviously sad someone was killed that day especially the way it happened. There was a lot of emotion, a lot of tension from both sides,” he said. “Everyone now understands it was an unfortunate accident. Your regiment helped put this behind us with your donations of boots. This speaks a lot about the Guam unit.”
Tougher expressed condolences for the security guard’s death.

“This is our gesture for their loss. We’re saddened it happened,” Tougher said.

Guam’s donation came in time for McCafferty to issue them as Christmas gifts, he said. “Believe me, they’ll all be very happy to see this,” he explained. “Some of them have never received a gift as simple as a pair of shoes. Again, my tremendous thanks to the Guam soldiers for making this a special Christmas to these Afghan people.”

McCafferty, of Petawawa, Ontario, Canada, reached out to various American and Canadian forces for boot support and has gotten few responses. He personally paid to ship almost two dozen boots to Afghanistan from his homeland. He hoped to get enough boots to distribute to his security guards as Christmas gifts.
“These are truly special especially when they know they’re coming from American forces,” McCafferty said. “Americans and Canadians, we’re generous people. The Afghans believe that.”

Anyone willing to step forward and help can email McCafferty at: mccafferty.patrick@scimitar.af. 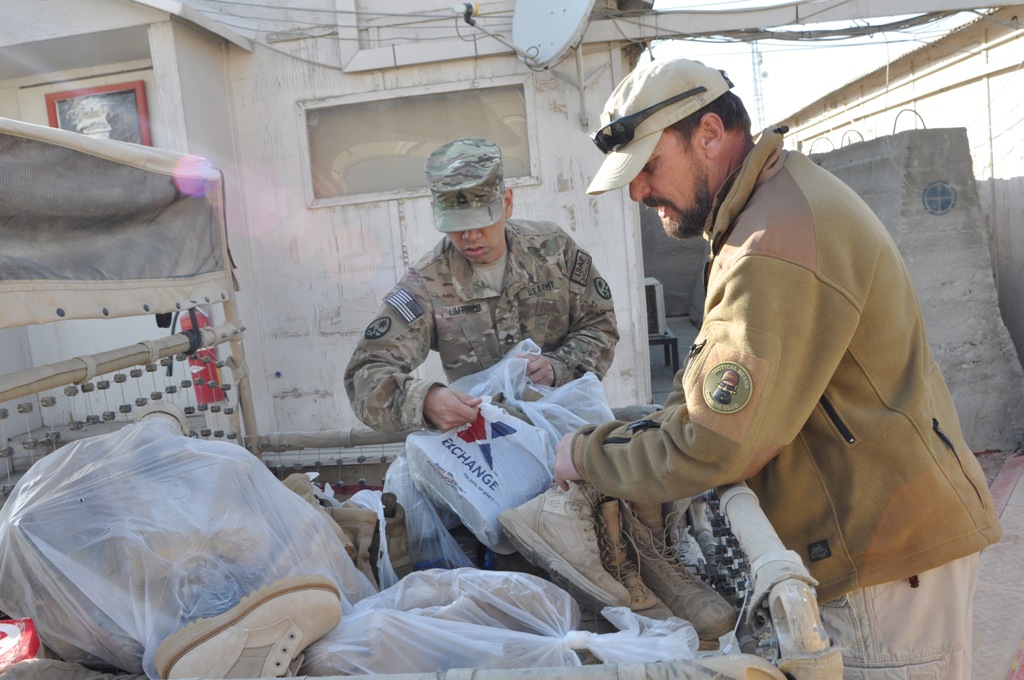 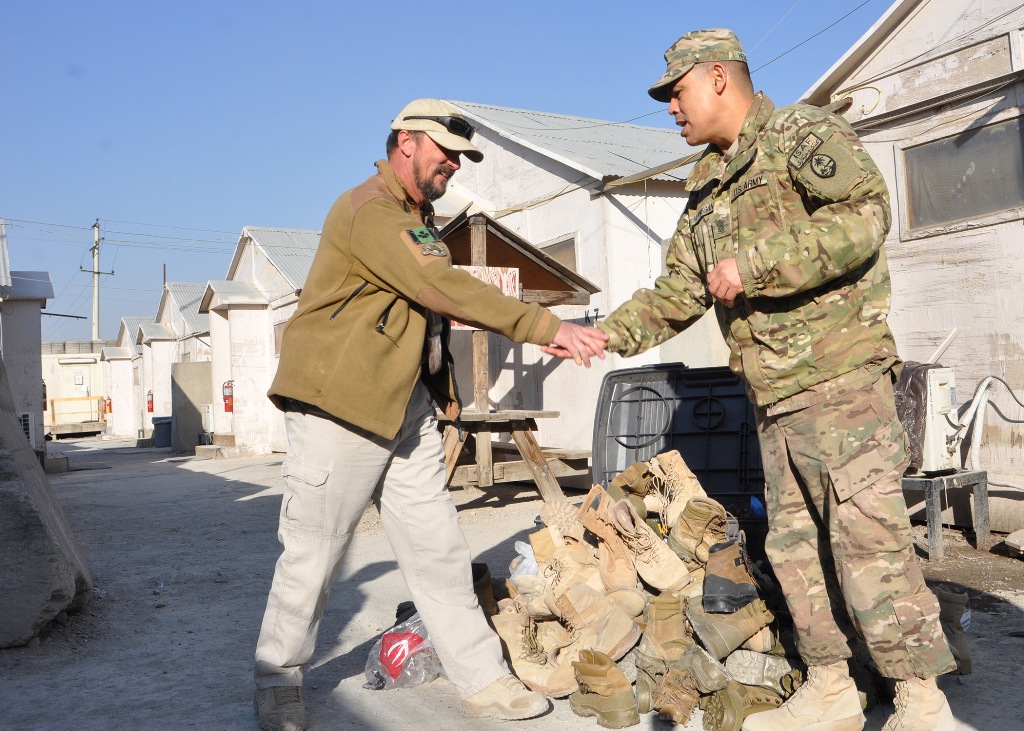 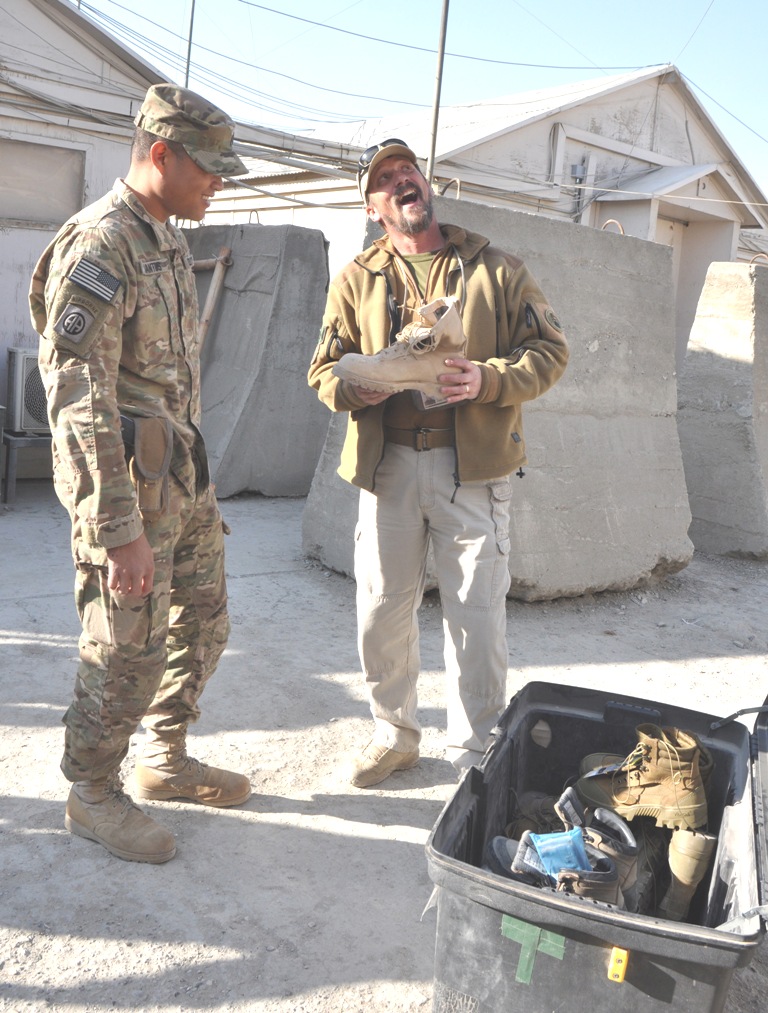 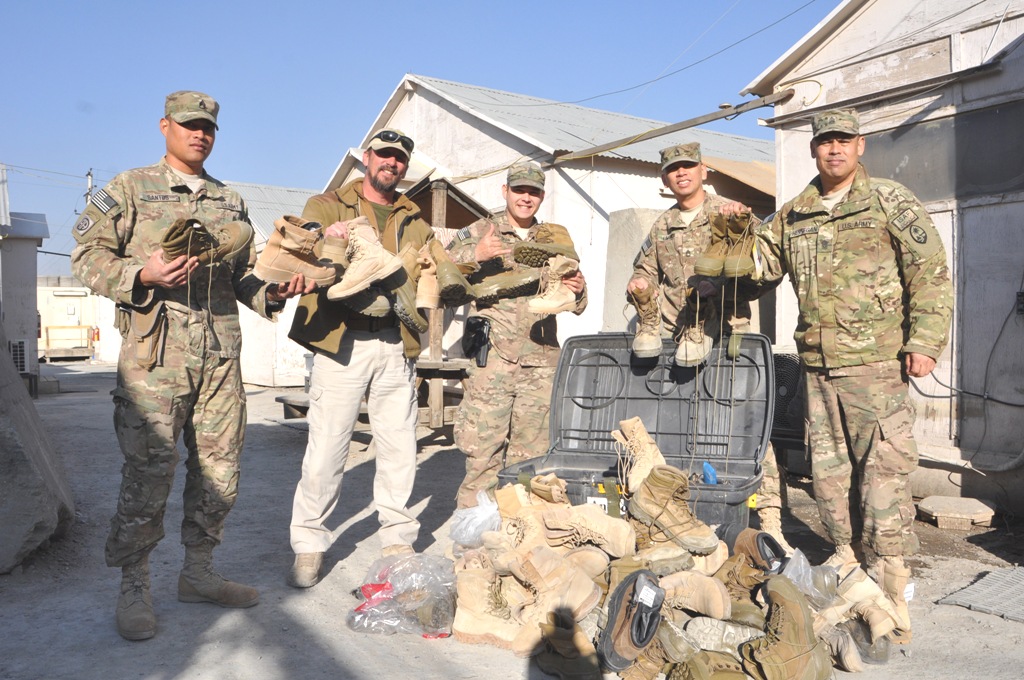