Guam – The members of the John family made the Hilton Guam Resort & Spa tennis courts their home Sunday, combining for eight doubles matches and two singles matches for the day in the Quality Cup 2014 tennis tournament and capturing three different division titles.

David John and son Pedro upset No. 2 seed Darren Talai and Francisco San Nicolas in the Men’s 3.0 Doubles semifinals and later in the day, upset No. 1 seed Mason Caldwell and Gabriel Tan, 6-4, 6-3 in the division final. The winning pair also played two matches in the Family Men’s Doubles division, defeating Darren and Tyler Talai 10-2 and in the final match of the day, winning against Ray and Shane Schnabel 10-5.

[Ray Schnabel sends a forehand return to opponents Josh Tan and Kevin Zhu in the final of the Men’s 2.0 Doubles division of the Quality Cup 2014 tennis tournament at the Rick Ninete Tennis Center in Hagåtña. Schnabel, and doubles partner Shane Schnabel, defeated Tan/Zhu 6-3, 6-3.]

David and Teresa John reached the finals of the Family Mixed Doubles Challenger division, defeating Darren and Cindy Talai 10-5, but later in the day, lost in the final to father/daughter duo Ray and Alyssa Merletti 10-7.

Teresa John also played in two other doubles matches in the day – first partnering with Ashley Roland to defeat Margaret Leon Guerrero and Melody Pugh 6-3, 6-4 in the semifinals of the Women’s 3.0 Doubles division, but later in the day, the tandem fell to No. 1 Lory Tydingco and Millie Leon Guerrero 6-3, 6-2 in the final. 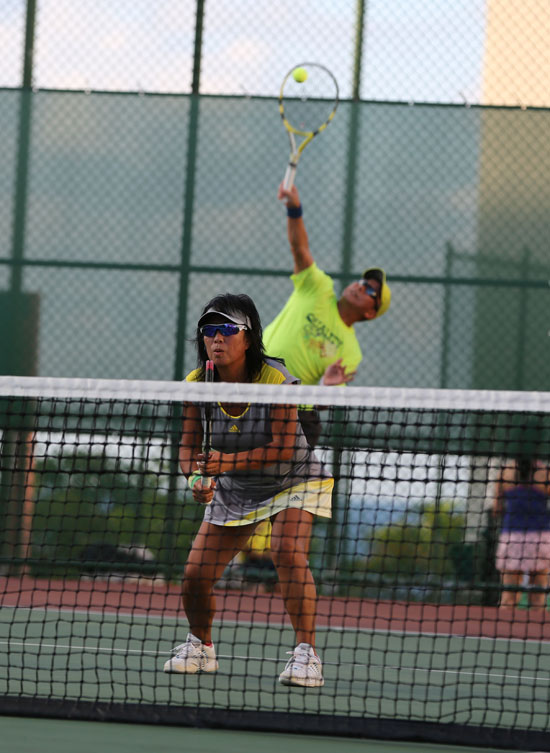 In the continuation of rescheduled junior division matches, Anthony John powered his way to a 10-7 upset victory over No. 2 Joshua Cepeda in the Boys’ 18 Singles and later won the division title after defeating Andrew Chung 10-4 later in the day.

In other matches, Khay Sung and Derek Okuhama claimed the Men’s 4.5 Doubles title with a 6-2, 5-7, 10-8 win over Jorge Alcantara and Benson Au-Yeung. 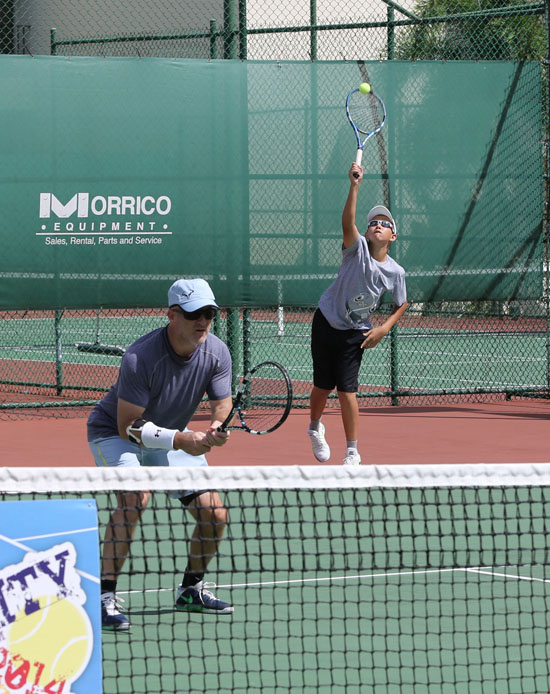 In the Men’s 4.0 Doubles division, Dennis M and Carlos Suing won over Sidney Gadsen and Gavin Lee in a shortened match due to an injury.

No. 2 Yoko Bailey and Yasuko Schrader upset No. 1 Carla Bordallo and Lisa Brooks in the final of the Women’s 2.0 Doubles division, 6-2, 6-1.

In the Family Mixed Doubles Open division, father and daughter Landon and Camdyn Nadler won the title after opponents Sidney and Chloe Gadsden retired with an injury. 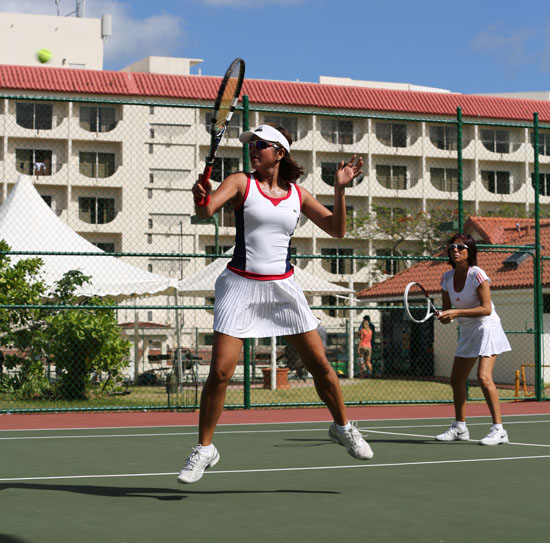 Mason Caldwell won the Boys 14 Singles title with a 10-4 win over Camden Camacho.

Kian Malakooti won the Boys 12 Singles title with an 8-1 win over Justin Kim. 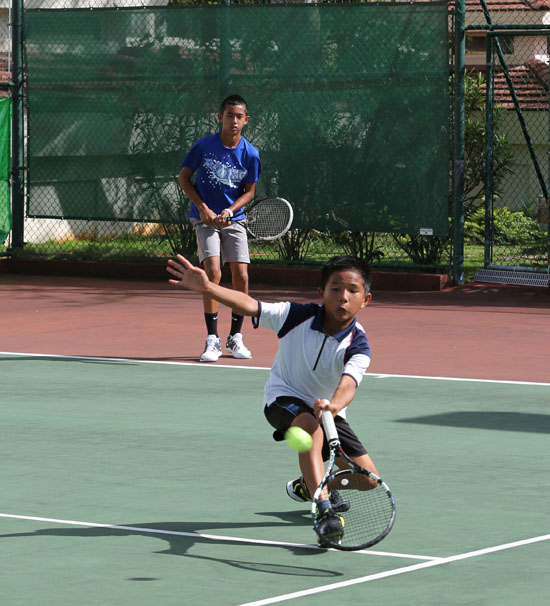 No. 1 Joshua Cepeda will meet unseeded Derek Okuhama in the final of the Boys 16 Singles. Cepeda defeated Camacho 10-3 and Okuhama upset No. 2 Brian Tuncap 10-2 in the semifinals.