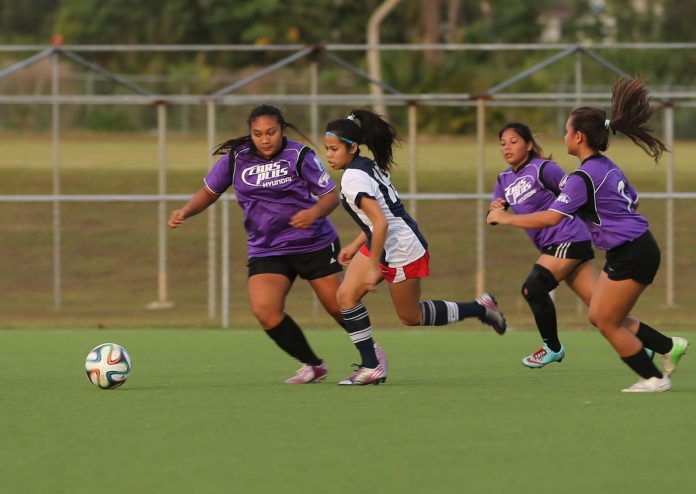 April Talledo and Zoe Surber equally combined for 10 goals and teammate Alisia Barcinas scored Quality’s other goal in the team’s 11-1 win over Hyundai.

After dropping its season opener to the Lady Rovers, Quality (2-1) outscored its next two opponents 18-3 to take over the league’s top spot. In Week 3 play, April Talledo and Zoe Surber equally combined for 10 goals and teammate Alisia Barcinas scored Quality’s other goal in the team’s 11-1 win over Hyundai. Levana Terlaje scored Hyundai’s lone goal in the 21st minute.

Talledo leads the league’s Golden Boot race with 10 goals in three matches, followed by Surber with five goals. Hyundai’s Olivia Flores and Shana Spindel are next with four goals each in three matches.

In other Week 3 matches, Guam Shipyard slipped past Southern Heat 2-1 to earn its first win of the season. After a scoreless first half, Shipyard’s Destiny Castro opened scoring for both teams in the 72nd minute, running in the ball from an Aubrienne Pangindian pass and finishing against the Heat’s second-half keeper, Gesualda Gonzalez.

The Heat’s Clarissa Albalos later leveled the match finishing an Aubrey Taimanglo pass from the right wing, but three minutes before the final whistle, center referee Rhoda Bamba awarded a penalty kick to Shipyard after Castro drew a foul in the box. Erica Quichocho converted the penalty kick for the final score of the match.