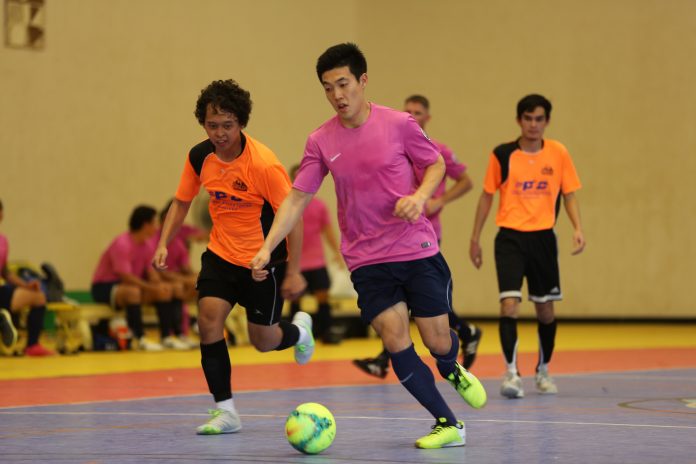 Fast-paced play and thunderous strikes rocked the Guam Sports Complex Gym in Harmon with opening round matches of the 2015 Budweiser Futsal League.

In other matches, Guam Shipyard blanked Doosan 12-0 with four goals from Mark Chargualaf, two each from Christopher Reyes and Donald Weakley, and one each from Andre Gadia and Anthony Babauta. Shipyard’s other two goals came on Doosan own goals.

The Strykers edged the Crushers 9-6 with three goals from Min Choi and two each from Hiro Asoshina and Marcus Lopez. Ross Awa and Christian Dickson also scored for the Strykers. Joshua Pangelinan, Jonathan Odell, and Christian Schweizer each scored two for the Crushers.

League defending champions, the Rovers, will kick off its futsal season at 6:30 p.m. Wednesday against Doosan.

All matches are scheduled on Wednesdays and Sundays at the Guam Sports Complex Gym.