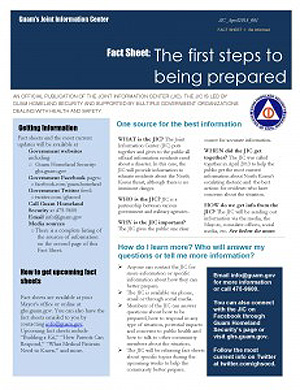 Guam – After a 4-4 draw with the No. 2 Rovers FC, the Paintco Strykers could only hope for a Quality Distributors loss in the next match to latch on to the final playoff berth of the 2013 Docomo Pacific Men’s Futsal League at the Guam Sports Complex Gym.

The Strykers officially bowed out of the playoff race after Quality shut out the Crushers FC 9-0 in the 7 p.m. match. With the win, Quality officially punched its ticket to the playoffs finishing in the fourth-ranked spot in final league standings.

In the Strykers’ see-saw match against the Rovers, a key Keita Yoshida goal about four minutes into the second half equalized the match at 2-all. Six minutes later, the Rovers’ Natsuki Recella put his team back on top, but the Strykers’ Francis Chargualaf had an answer to level the match again. The Rovers’ Jeremy Hare scored his second goal of the night with just over two minutes left to play for the 4-3 advantage, but a Chargualaf goal on the ensuing kick off tied the match again for the final score. Hiro Asoshina scored the Strykers’ lone first-half goal. The Rovers’ Shawn Spindel scored his team’s other goal. 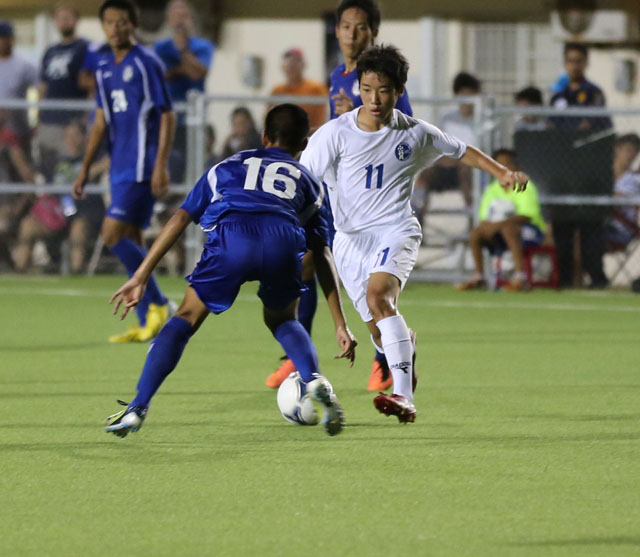 [The FC Shotguns’ Antonio Prieto finds himself sandwiched between the defense of Doosan FC’s Cheyne Robles (7) and Allan Angoco during a Round 9 match of the 2013 Docomo Pacific Men’s Futsal League at the Guam Sports Complex gym. Doosan FC defeated the Shotguns 9-4.]

In other matches, the Southern Cobras hung on until the final buzzer to edge the Ambassadors 5-4 and solidified its No. 3 rank moving into the playoffs. The Cobras, playing without the team’s top scorer Ashton Surber, received two goals each from Donovan Reyes and Fred Alig, Jr. Surber’s brother Cristian scored the Cobras’ other goal. Yaw Antwi-Agyei finished with a hat trick for the Ambassadors and teammate Jeremy Hewitt added one to his team’s final tally. 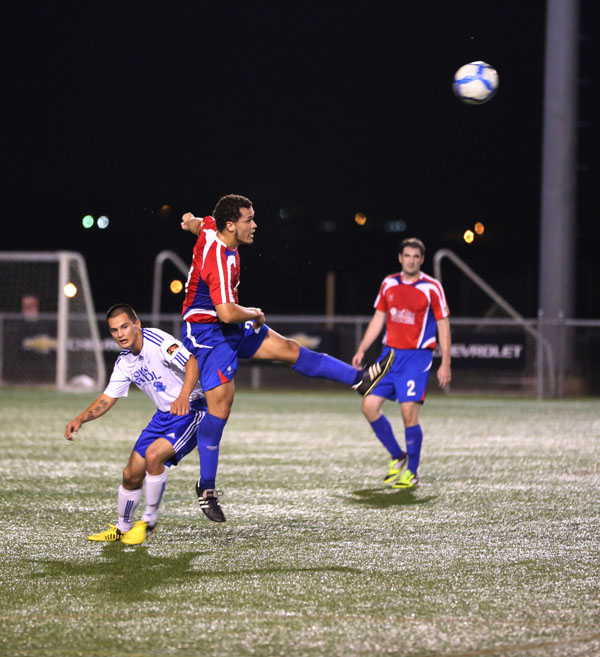 [The Paintco Strykers’ R.C. Salas and the Rovers FC’s Jeremy Hare race for a loose ball during a Round 9 match of the 2013 Docomo Pacific Men’s Futsal League at the Guam Sports Complex gym. The Strykers battled to a 4-4 draw with the Rovers.]

Playoffs begin 7 p.m. Wednesday with No. 1 Shipyard taking on No. 4 Quality, followed by the No. 2 Rovers playing against the No. 3 Cobras.

The winners will move on to the championship match scheduled for 4 p.m. Sunday. The losing teams will play a consolation match for third place at 2 p.m. Sunday. All matches are at the Guam Sports Complex Gym. There is no admission fee to watch the matches.