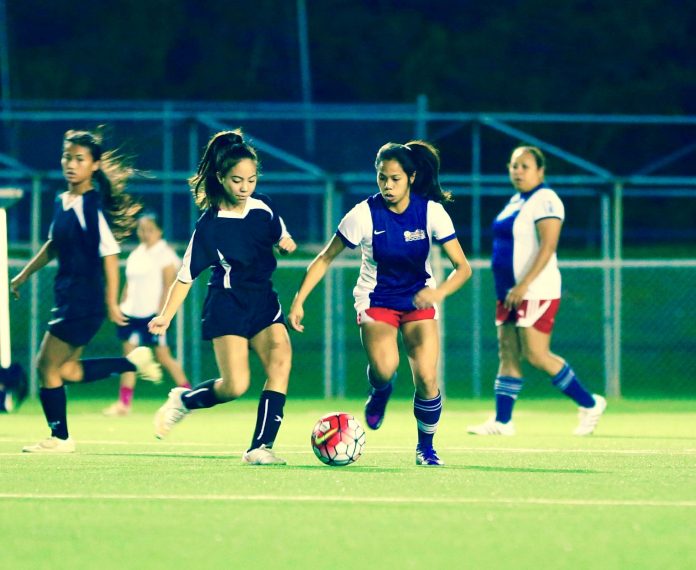 The Lady Rovers, champions of the 2015 Spring season, earned the other seeded position in the Women’s GFA Cup bracket. The final bracket, with all other positions determined by blind draw, was released this week on the Guam Football Association Web site at http://www.guamfa.com/all-leagues-womens-gfa-cup-results

League play officially concluded Wednesday evening at the GFA National Training Center with the Isla Paint and Roof Supply Lady Strykers (5-3) cementing its fourth-place finish in the league with a 12-0 win over Dededo Soccer Club (1-7).

In Sunday’s matches, Southern Heat (3-5) edged Hyundai 1-0 with an 82nd minute goal by Alyssandra Cruz. With the loss, Hyundai (2-6) finished in seventh place behind the Heat.

Talledo’s two goals in Week 9 brought her season tally to 20 in eight matches, just one less than Fall season Golden Boot winner Colleen Naden of the Personal Finance Center Lady Crushers, with 21 goals in eight matches. The Lady Crushers (7-1) won via forfeit over Guam Shipyard (0-8) in the teams’ final fixture of the season.

The Lady Rovers received a bye in the final week of play.

The league’s top eight teams are featured in the Women’s GFA Cup tournament, which kicks off at 3 p.m. Sunday with the Lady Crushers taking on Hyundai, followed by the Lady Rovers against the Lady Strykers at 5 p.m. The other 5 p.m. match will pit the Heat against the Islanders. Quality will open its Women’s GFA Cup bid at 7 p.m. against Dededo.