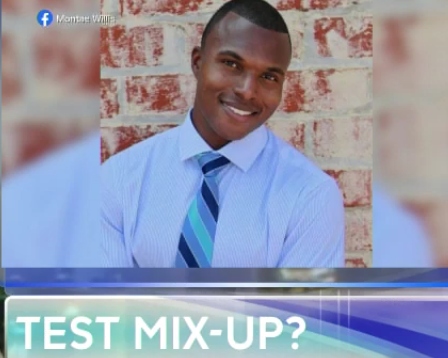 Many questions still surround the case of a Michigan man who was held in isolation under a bizarre COVID-positive testing situation.

The biggest question is whose positive result was actually mixed up with Montae Willis and is that person walking around the community.

Willis came to Guam from Detroit to secure contract work on Andersen Air Force Base.

The Marine veteran was tested by Guam Public Health and put into isolation after his results were positive. But were they actually his results?

All of the information on his information sheet, except his name, was incorrect … even his race was wrong!

In a statement to PNC News, Janela Carrera, Public Health spokesperson, says, “We are unable to release details about individual results or information of patients. But, we are investigating the case, and will pursue all angles.”

It’s unclear who the person is with information listed on Willis’ form.

A screen capture of a text conversation between Willis and this mystery person shows the individual claiming they had not even been tested, just getting their temperature checked.

Willis posted that text conversation on his own Facebook as he took to social media to document his saga trying to get out of isolation.

Willis was released Sunday night after a second negative COVID-test from the Naval Hospital. He left the island yesterday morning.

Public Health says it’s still investigating, even down to whose information was actually on Willis’ form and whether that person needs to be tracked down and isolated.