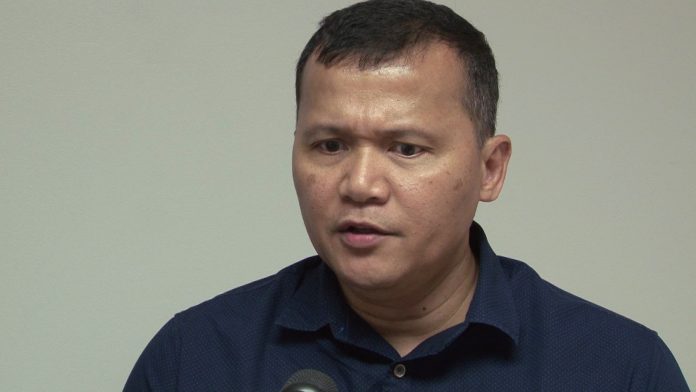 Roy Quintanilla says he’s offended that the archbishop would deny the allegations of sexual abuse.

Guam – Roy Taitague Quintanilla says he’s offended that Archbishop Anthony Apuron would deny that he sexually abused Quintanilla when Quintanilla was an altar boy. He also explains what motivated him to end his 40-year silence.

It was the first time anyone has publicly come out with allegations that they were victims of sexual abuse at the hands of Archbishop Anthony Apuron. Hours after Roy Quintanilla made the announcement yesterday, Archbishop Apuron released his own video statement, denying all the allegations.

“When I first became aware of his response, obviously my first response was absolutely offended because I know what he did, he knows what he did and he knows that he’s lying,” says Quintanilla. “I am not lying.”

Quintanilla says he has no intention of taking the archbishop to court. All he wants is for the archbishop to admit what he did wrong. He also says his public statements are aimed at Archbishop Apuron and not at the Church.

“The reason I came out was because 40 years ago I thought that I was his only victim and it wasn’t until about maybe a month and half ago that I discovered that there are other victims,” he notes. “Not coming forward was not an option after I heard that because I’m not alone and when I thought about that, that I’m not the only one, how many other people could there be?”

Quintanilla says part of the reason he didn’t come forward in the past is because he was fearful.

“I kept this secret for 40 years, 40 years too long because back then sexual abuse was not talked about. It was a different time back then. You don’t bad mouth the church. You don’t accuse the priest, especially. We were scared to do that,” he adds.

The Archdiocese of Agana has announced that their sexual abuse response coordinator Deacon Larry Claros will be looking into Quintanilla’s allegations as outlined in their policy.