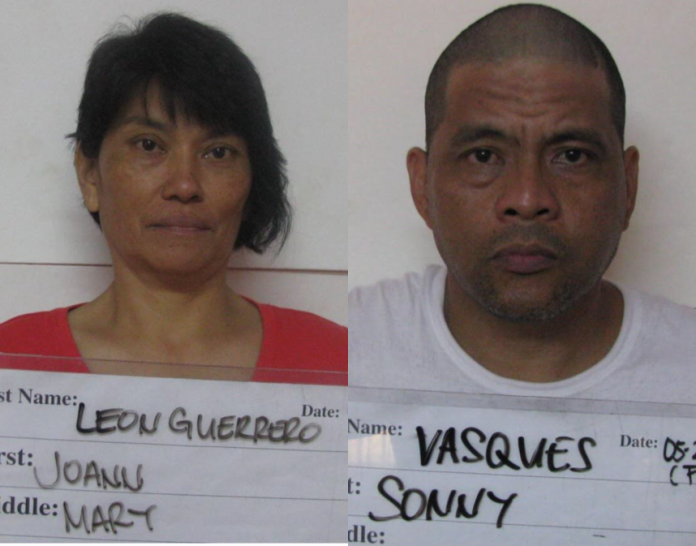 Guam – Meth, coke and guns were seized in the latest bust by the Guam Police Department’s Mandana Drug Task Force and SWAT.

A tip led officers to a home on Butullio Road in Dededo, where drugs were allegedly being sold.

The raid was carried out earlier today, and the information provided by the source was right on target, as police seized over 10 grams of methamphetamine, 35 grams of cocaine, and two hand guns.

Vasquez and Leon Guerrero were arrested for possession of a scheduled two controlled substance and possession with intent to distribute.

Vasquez was additionally charged with possession of a firearm without a firearms ID, illegal transfer of firearms, and conspiracy.

Lasater was arrested for illegal possession of a firearm without an ID.

While Vasquez and Guerrero were booked and confined, Lasater was released.