The theme for the United sponsored event this year was “Towing the Line to Save Lives”.

30 teams participated and each team was made up of 20 members, with 5 alternates. The co-ed teams had to have a minimum of 6 female members.

It took place outside United’s Tiyan hanger at the Guam International Airport.

The goal of the competition was to pull a United Airlines Boeing 737 aircraft along a 12 foot lane in the least amount of time. 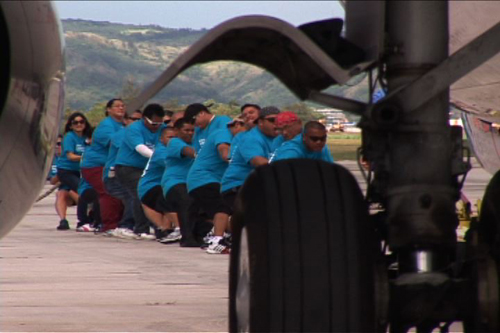 Over the course of the past 7 years, the annual Plane Pull event has raised $157,000 for the American Cancer Society.