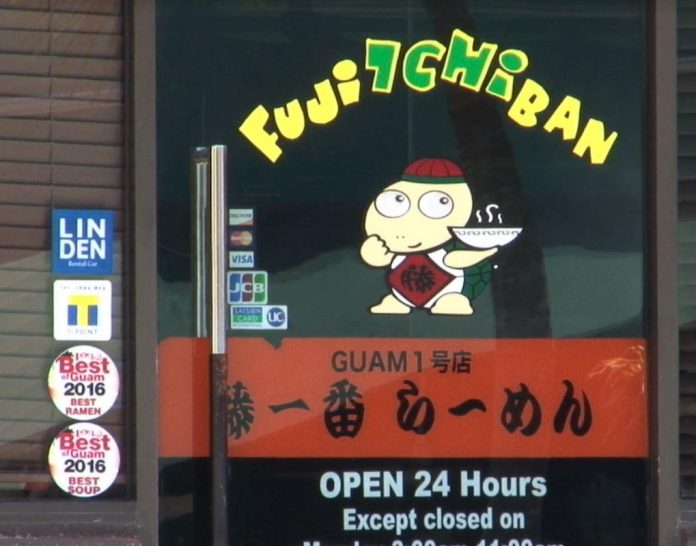 Although the restaurant has re-opened, the closure prompted a serious discussion of Guam’s food safety uncertainty with Public Health Director James Gillan.

“In terms of environmental health, there’s something potentially very bad that could happen with food safety,” Gillan cautioned.

The bleak outlook serves as a forewarning with recent health food scares happening across the island. Just last week, the Department of Public Health recalled select jalapeño flavored potato chips –banned by the FDA due to possible salmonella contamination. Although the Department has not received any local report of injuries or illnesses associated with the use of these recalled commodities.

“We’ve been very fortunate so far, that we haven’t had a major outbreak and with globalization food projects are being moved into Guam from all over the world,” he said.

Gillan says the establishment could have had this problem for quite some time without the public even aware of the safety issue. And without the initial complaint, Public Health might not have ever known about it either.

“That just highlights the problem we’re having with adequate staffing,” Gillan explained. Adding, “I think that in order to meet all of the mandates that are given to environmental health, we would need at least 70 people, we’re not even close to 70.”

Gillan estimates that only 20 officials are on staff. With woefully inadequate manpower, Gillan says Public Health has been reduced to responding to reports of contamination only.

“We’re just running on a treadmill trying to do the best we can but that’s not enough. That’s not really serving the interest of the people.”

But Gillan says restaurant shutdowns aren’t at all uncommon and they contribute to a larger issue plaguing the island in the food and beverage industry.

“There are places that should be inspected more routinely, and we just can’t,” Gillan admitted. He stated that the problem is compounded because public health officers are harder to come by due to more stringent requirements.

But because additional tasks have been added to Public Health, including radiation safety and their new mosquito-disease awareness campaign, Gillan believes the department is being pulled beyond means of efficacy.

“There are so many dangerous things in our food products — potentially that could have implications for a lot of people just as much as Zika outbreak or some of other deadly virus. It can be just as deadly,” he warned.

So with the unfortunate combination of short-staffed manpower and an increased purview, what’s the solution?

“Out of these problems with the budget and the revenue, is this opportunity to focus on the core issues and the core mission. If we could get an understanding with the legislature and the governor’s office to start shifting a lot of the vacant positions and renaming them, whatever we need to do, I think we could be budget neutral,” he explained.

If you suspect a food and beverage establishment is in violation of any health or safety codes, Gillan says you can contact the Division of Environmental Health at (671) 735-7221.