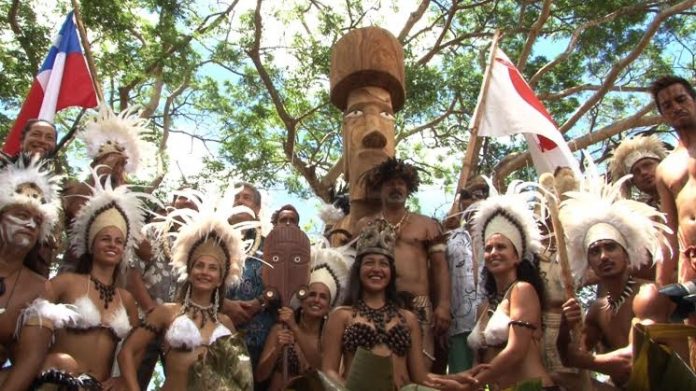 The wooden statues will be placed in the Guam Museum.

Guam – Before FESTPAC came to a close this weekend the delegations from the Solomon islands and Rapa Nui gifted two statues they carved out of local woods.

The statues were officially presented to the Governor of Guam at the Paseo festival grounds on Friday. The delegates from the Solomon Islands said they carving they are giving to Guam represents the culture traditions and spirit of the Solomon islands. The Rapa Nui delegates presented a MOAI or statue of their ancestors along with a traditional meal cooked in an earthen oven they call an umu. They even gave the Moai a special name for Guam. “Hafa Nui into order keep this link with you Guam people and us so Hafa Nui,” said delegate Vai Tiare Rapu Merino adding, “Now with the eyes it’s alive and as they do in our island they will protect your people.”

According to the Governor’s office after the wooden statues have been stored away and after they are properly treated they will be placed in the Guam museum.