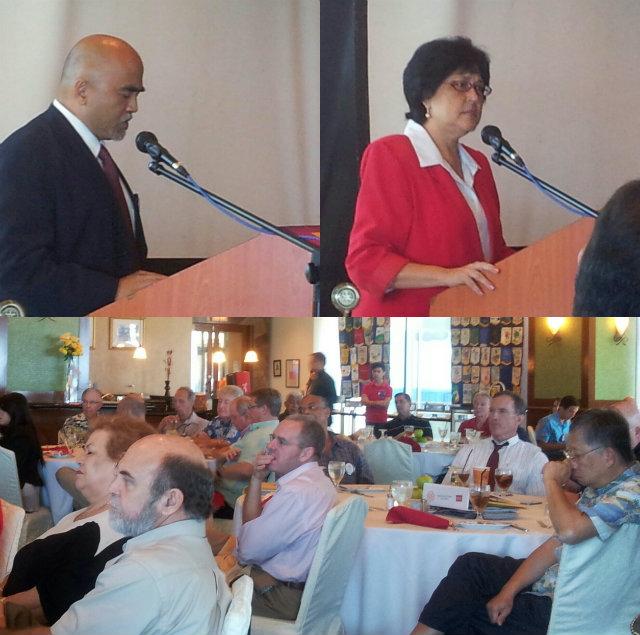 Guam – Current Attorney General Lenny Rapadas and Judge Elizabeth Anderson touted their past experiences today during a debate at today’s Rotary Club meeting.  The two are vying for the office in the upcoming general election.

Both incumbent Rapadas and his challenger Judge Barrett Anderson told Rotarians today that they will support the public’s choice if the medicinal marijuana measure passes in the November 4th election. However they also both voiced their concerns about legalizing marijuana for medicinal use.

“There’s still going to be a black market for cheaper untaxed marijuana,” Rapadas said. … There will be
“I want to be able to encourage that we become a zero tolerant marijuana jurisdiction when it comes to (Driving Under the Influence of Drugs),” Barrett-Anderson said while noting that she’d like to be on the advisory panel for the implemenation of the law whether she is elected or not.

The candidates were also asked which crimes they consider to be the most serious of problems on our island. Sharing her own experience as a victim of crime Barrett-Anderson said all crimes are equally important as they relate to the victim. She added the property crimes are becoming a major issue on Guam. Rapadas listed assaults, child abuse, robberies and homicides as well as other crimes against persons as the most serious.

Another question posed to the candidates was on their stance of whether the Office of Attorney General should be elected or appointed, oth said they support giving the people the right to elect their AG.