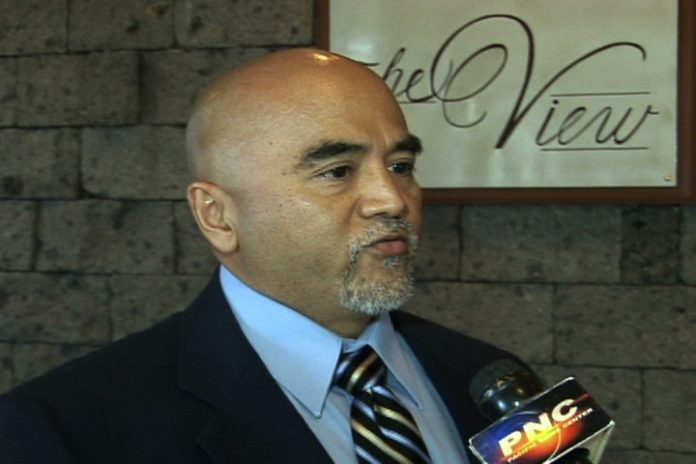 Attorney General Lenny Rapadas is the guest speaker of the Rotary Club of Tumon Bay.

Guam – Unlike his opponent, Attorney General Lenny Rapadas says he will continue to focus on maintaining his office’s independence.

Rapadas was addressing the Rotary Club of Tumon Bay. He says Attorney General candidate Elizabeth Barrett-Anderson has publicly stated that she believes control of the AG’s solicitor’s division should return to the governor’s office, something Rapadas says he disagrees with.

The Attorney General also points out that it is the civil division that has had the most conflict with the governor’s office, which is why he believes it should maintain its independence.