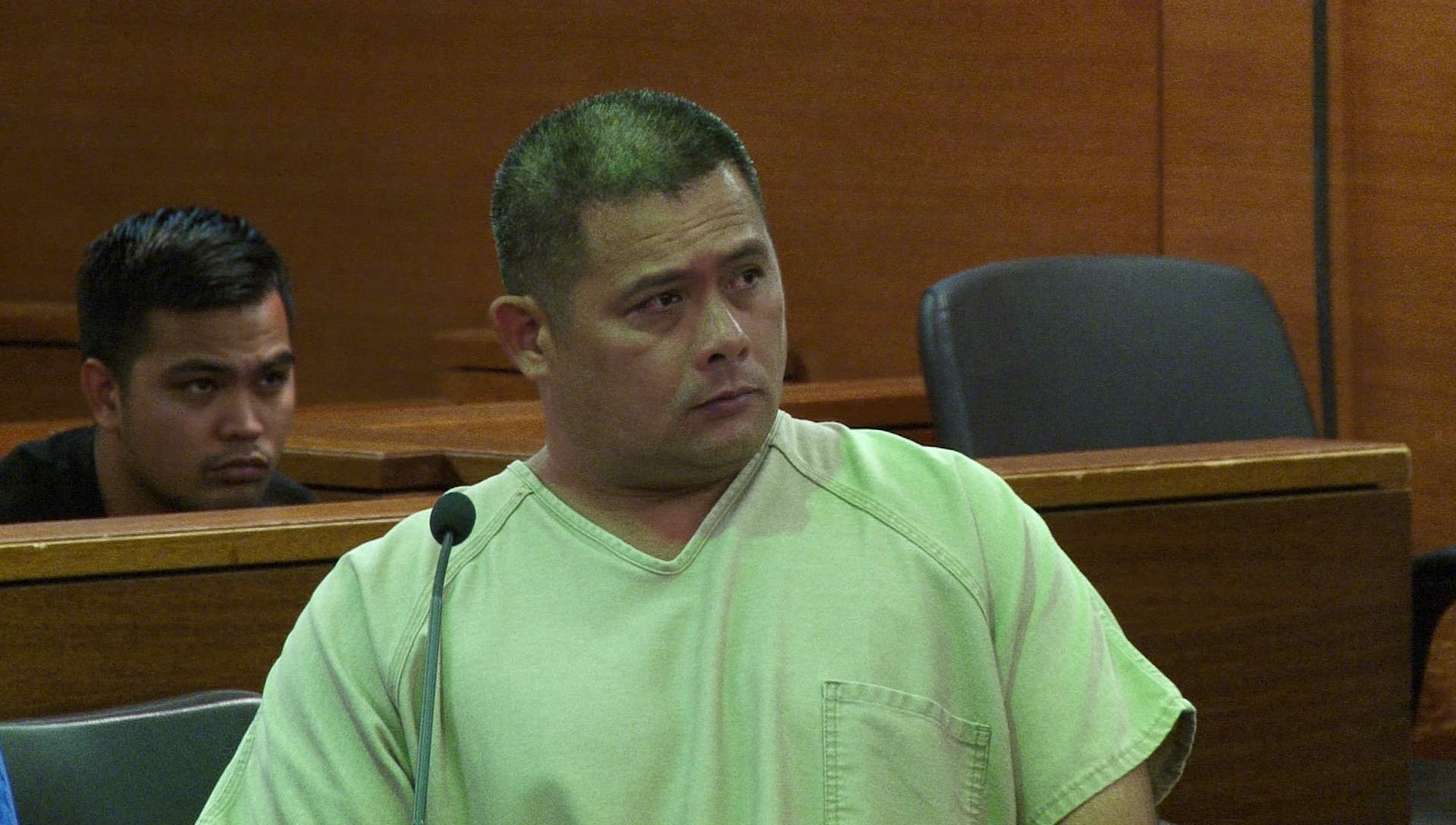 L.M.D. was just 14 years old when she was subjected to rape but today she bravely faced her rapist and gave words of encouragement to those who may face a similar fate.

Guam – Convicted rapist Alvin San Nicolas entered into a plea agreement today to settle his twice overturned convcition, but for the victim and her family, it was a disappointing outcome as the plea agreement wasn’t exactly what they expected.

The victim, L.M.D., was only 14 years old when her childhood and virginity was robbed by her then-stepfather Alvin San Nicolas, a man who was entrusted with her care while her mother was deployed.

San Nicolas had twice been convicted of raping his stepdaughter but both convictions were overturned on appeal as a result of procedural and technical errors.

In court today, San Nicolas pleaded no contest to the charges through a nolo contendere plea agreement.

“Every victim has rights and it’s unfortunate and I wish it was enforced a bit more. I only learned what nolo contendere meant maybe five minutes before the plea was even taken so that was a shock and the only reason why I really did take this is because I have been through this once, twice and now three times and it was all not based on fact but on technicality,” the survivor told PNC. “This one, again, I would feel it’s a disservice. Not learning what it was. Victims have rights and I wish it was better enforced.”

L.M.D. bravely took the stand, looking San Nicolas in the eye to share her discontent, saying, “and so that you could admit and say that you did it. And to learn of nolo contendere before any of that is another disservice I felt.”

A disservice, L.M.D. points out, because nolo contendere is a plea in which the defendant accepts a conviction as though a guilty plea had been entered but does not admit guilt.

“I honestly feel like its not fair. No one should have to serve such a discounted price of just 10 years of what could have been or should have been 17 counts of first degree [criminal sexual conduct],” said L.M.D.

LMD says that the only reason she agreed to settle was to spare her family and her sister.

“I took the stand at a very young age and I took it again shortly after that and I did not want to put her through what I went through–her and the rest of my family. It’s not fair but it’s over and he has to live with that for the rest of his life so he doesn’t get to control my life or break me down and force me to build myself back up anymore after this,” L.M.D. bravely said in an interview with PNC.

And for those who are victims, L.M.D. shares words of encouragement.

“I would say don’t give up. The system does take a very long time but if you stick to your story and you know what the truth is, then you don’t have anything to prove to anyone. I won both of my first two trials with a guilty verdict. As long as you don’t give up and you know your worth then I think you don’t have to prove anything to anyone and just stick to it. It’s hard, it’s messy. You’re going to cry but in the end if you know what’s right then you will get what’s right,” said L.M.D.

Once released, San Nicolas will remain on supervised probation for three years and must register as a level one sex offender.