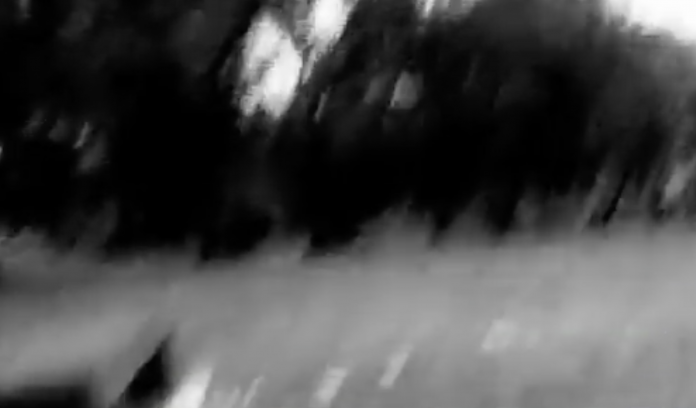 Guam – Over the last month PNC has looked at different aspects of criminal sexual conduct cases, first looking at the number of cases filed this year involving sexual assault, then we looked at the inner workings of the Sex Offender Registry.

The series has taken an unexpected turn when PNC’s Jolene Toves set out to find out how the Attorney General’s Office seeks justice for rape victims. We were met with two words: “no comment.”

Instead, a survivor has come forward to share her experience in how the AGO and Healing Hearts have handled her case so far.

Rape is a horrendous crime, one many can only imagine to understand but never fathom being a survivor of. In a matter of minutes a person’s sanity, security and life is forever impacted. In many cases of rape, the perpetrator is often a person known to the victim, but in some cases the perpetrator is a complete stranger. This is the case for the survivor we had an opportunity to speak with.

It was on May 1 that our survivor, whose name we are withholding at her request, was raped and robbed at Ipan Beach Park in Talofofo. That night, she recounts sitting on the beach with a friend just trying to relax and unwind from everything she was undergoing.

That solace she sought was brutally taken from her when a man identified by police as Benjamin Pablo approached from behind.

“He locked his arms around our necks, and I thought at first he was someone I knew because my parents’ home is a walk away,” the survivor told us.

But then she saw him wielding a knife and he threatened to kill the two if they screamed out for help. Thinking that the assailant’s intent was to rob them, she complied with Pablo’s demands placing their face in the sand. That’s when she realized he was there to take more than just their belongings.

According to the victim, Pablo repeatedly questioned her, asking if she was Chamorro before he raped her. His voice replays in her head to this day.

After she was violated, she remembers running with her friend to a nearby pavilion where several individuals were, grabbing a phone and calling police.

Throughout this entire ordeal she remained calm, intent on providing authorities with the details of what had just occurred. But according to the survivor, authorities didn’t feel she was capable of providing her statement. Instead they sought out information from witnesses in the area.

During this time she pleaded for authorities to track her phone, knowing it would lead police to her assailant. But her pleas fell on deaf ears. She then demanded that a rape kit be performed as quickly as possibly.

By the time she arrived at the hospital, an hour had passed. She was aghast when Guam Memorial Hospital emergency staff informed her that they do not administer rape kits. They told her she would have to wait for Healing Hearts to conduct the evidence collection. She sat at GMH for several hours with no treatment. Healing Hearts is a non-profit organization that assists and provides counseling for victims of sexual assault.

“They offered testing even though the results wouldn’t show up if I had contracted anything from the perpetrator. Also, they insisted on STD and HIV medications and a plan b pill,” she told us.

During this time, not a single police officer was present.

“When [the Guam Police Department] came, I was informed by them that their boss made the call that I had been through enough and I shouldn’t worry about making a statement even though I pressed that I was prioritizing my composure to be easy to work with and needed to get it out while it was fresh and as accurate with as many details,” she recalls.

“After waiting for at least an hour or two, I spoke to HH again on the phone and they asked if I was willing to do it in the morning because they don’t administer rape kits in the hospital. I said I wanted one done that night and she insisted that it would be okay in the morning, up to 72 hours and to just give my clothes to GPD,” she tells us.

Sitting alone for hours in the ER with the perpetrator’s unwanted fluids still on her undergarments and her pleas unheard by the “victim’s advocate,” she had no choice but to agree and wait until the morning for the rape kit to be done.

“I told them I was going to step out and get air and see my family that was outside. I was staying for hours in that open room without support, after what I just went through, and being in those clothes still, replaying that mans voice and words in my mind to recognize his voice and give the best accurate statement to GPD. GMH told me I couldn’t leave the room and I asked why not, and told them they weren’t able to give me the treatment I was needing so what was I being held for and was it even lawful?”

With no proof of a policy, she says they eventually let her step outside, already feeling as though she committed a crime.

That’s when she took another blow. GMH presented her with a bill for $1343.42 plus the $195.00 for ambulance transport that she was told she would be liable for paying.

But this is just the beginning, as the investigation continued and her alleged assailant was captured, she met with the Attorney General’s Office hoping for justice.

She stated, “In the weeks after my incident, I struggled to get to appointments because of my car being stolen then impounded. I asked the AG’s advocates to help me set up an appointment with counseling because they offered to take care of those things. I ended up doing this on my own because I didn’t receive a call back. I requested that the AG be switched for ethical reasons and instead, the only change was my female AG advocate to a male advocate. After seeing a counselor at Healing Hearts for a couple of sessions, which was not the same counseling that we had initially discussed was best and available, I learned she was not a specialist for sexual assault victims, but instead still going to school for working with adolescents.”

She fears that her ties to another individual under the scrutiny of the AG’s office may be cause for her case to be handled lightly. All that she can do now is sit, wait and hope justice prevails.