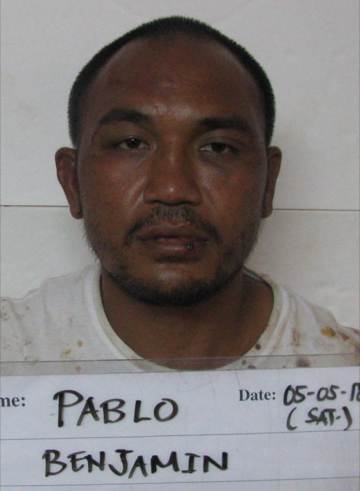 Guam – Being accused in the rape and robbery of a woman in Ipan Talofofo appears not to be the only offense Benjamin Pablo faces. In fact, probation revealed that he was previously on parole.

In 2008 Benjamin Pablo was arrested in connection with a burglary. Two years later he was tagged in two more cases related to burglary and robbery. According to probation, the 2010 allegations were made following Pablo’s parole discharge.

Superior Court Judge Anita Sukola pointed out that these cases are all active and pending before her courtroom.

According to accusations, Pablo’s M-O has been burglary and theft. But it appears with the new case against him, he’s allegedly branched out to rape, as he is accused of forcing two women to lie face down in the sand while raping one of them before taking off in the victim’s car and leading authorities on a car chase through Talafofo.

Court documents state that Pablo has denied the allegations of rape but did admit to being in the area at the time of the crime.

He also claimed that he received the victim’s stolen vehicle from an acquaintance in exchange for drugs.

If convicted, he could spend 15 years to life behind bars.