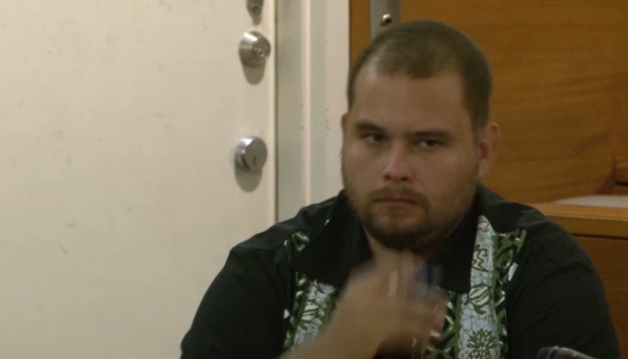 The prosecution says Esperon has previously admitted to having sex with the girl, but what attorneys disagreed on was how old the victim was at the time and whether the evidence supports the charges.

This is not a case of whether or not the rape had occurred. Prosecutor Matthew Heibel, in his closing arguments today says former police reservist James John Esperon even admitted to having sex with the victim. Esperon is facing multiple charges of criminal sexual conduct.

What this is about is whether or not Esperon had sex with the girl when she was 13 or 14. Defense Attorney James Robert Mortland says the girl’s age matters because the indictment only charges Esperon with raping the minor when she was 13 or within the year 2011.

The girl, however, in one interview with a police officer, says it happened around October 2012, which would have made her 14 and therefore the charging document incorrect.

But Heibel says 2012 was only said one time, everyone else, including the victim and the defendant, had written down 2011.

“The prosecutor … said all we have to do is prove she was under 14. They can’t do that. They can’t with the fact that she said it happened the second week of October 2012,” argues Mortland.

“Now defense is holding on to one date in October 2012,” Heibels says. “This is not the time where you let someone slide on a technicality.”

Attorney Mortland questioned the circumstances behind the written statement provided by the defendant and also the victim’s credibility.

“They bring him down to an officer who knows him. He was a reservist with the police. He says, ‘Come on pari, just write out a statement. Come on,'” Mortland says of the events when Esperon first went down to the precinct. “The officer as you see, big officer, intimidating, had him write a statement.”

“He suggested to you that just because officer Pangelinan is a big guy that somehow he coerced him into not only saying that he did this but writing it down,” laments Heibel during his rebuttal. “He is a reserve police officer himself. He knows what rights mean. He knows whether he wants to make a statement or not. And he chose to.”

Mortland also pointed out that during trial, the victim refused to make eye contact with her alleged perpetrator when she took the witness stand to testify against him.

“Oh … she’s not looking at him? Why would anyone wanna look at someone who took advantage of them?”

“Ladies and gentlemen, I’ll leave you the quote from the defendant. After he admits to the sexual conduct, he puts his head down on the table he talked on and said, ‘I’m going to jail.’ Please put him there. Please find him guilty,” Heibel concludes.

Once jury instructions are completed, the case will be turned over to the jury for deliberations.