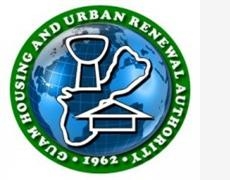 More than 540 individuals and their families within the immediate neighborhood can now access the improved baseball field. The renovation included the design and construction of a perimeter fence with gated access to support maintenance, dugout facilities, backstop, electrical lighting, a new walking trail and grading/refurbishing of the field. The project was proposed for funding by the Office of the Talofofo Mayor by the Honorable Mayor Vicente Taitague. Work began on the field renovations in October 2014.

The project was funded with $615,000 under the U.S. Dept. of Housing and Urban Development’s (HUD’s) Community Development Block Grant (CDBG) program. Funds were utilized to renovate the existing baseball field.

Regrading of the field has corrected drainage concerns which had plagued the users of the field for years. Users will also be able to engage in other sports in the outfield area, now ringed by a brand new walking trail. New dugouts and an extended outfield will expand the usability of the field to allow for all age groups. Accessible parking stalls provide new access to persons with disabilities. Finally, a permanent monument with the facility’s name now stands to identify the improved field, replacing the aging wooden sign. The SPC Richard Junior Degracia Naputi Baseball Field, posthumously dedicated to commemorate the life and sacrifice of a brave soldier and beloved native son of Talofofo.

GHURA administers HUD funds on behalf of the Government of Guam. Projects are selected and funded that best serve low and moderate income individuals and families.