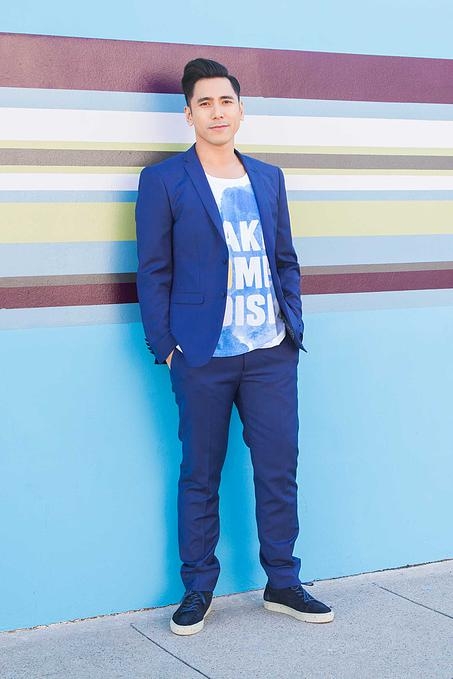 Governor Eddie Calvo remains undecided nearly a week after the Attorney General took a stance in favor of same-sex marriage.

Guam – He may still be undecided on same-sex marriage, but one thing’s certain, Governor Eddie Calvo has until May 6th to respond to a complaint filed by a same-sex couple challenging Guam’s marriage laws. Meanwhile, support for the LGBT community has been growing, the latest comes from David Cruz, a former contestant on the TV reality show Millionaire Matchmaker.

It’s been six days since Attorney General Elizabeth Barrett-Anderson issued an opinion in favor of same-sex marriage but Governor Eddie Calvo is still undecided not he matter. The AG based her opinion on the Ninth Circuit Court ruling that a ban on same-sex marriage is unconstitutional. Many on the island and the nation rejoiced when they learned of the AG’s opinion, but were quickly disappointed when Governor Eddie Calvo announced that until his legal team completes review of the matter, the Department of Public Health will continue to deny same-sex applicants marriage license certificates.

This delay in a decision has caused frustration among many residents and others in the LGBT community, including David Cruz, a former contestant on the TV reality show Millionaire Matchmaker.

“Because the governor is preventing many gay and lesbian couples from exercising their legal right to marry, he has created a road block to equality and is discriminating against all gay and lesbian people on the island,” Cruz says in his YouTube video.

But in response to PNC inquiries, Governor Calvo says he is merely reviewing decisions from the Ninth Circuit Court of Appeals on same-sex marriage to be able to make an informed decision and not just a “quick” one.

“The US District Court of Guam falls under the Ninth Circuit Court of Appeals in San Francisco which has already ruled in favor of gay marriage,” Cruz points out. “The governor could have easily allowed the island to become the first US Territory to allow same-sex marriage but instead he has decided to stand on the wrong side of history.”

However, Governor Calvo explains that the Ninth Circuit had also stayed cases in Montana and Alaska instead of ordering the states to immediately follow the Latta vs Otter decision, a ruling in the Idaho courts that same sex marriage bans were unconstitutional. Governor Calvo says while he believes in traditional marriage–between a man and a woman–he’s also an advocate of equal rights as evidenced by a bill he signed into law that extends GovGuam health insurance to same-sex partners.

“As a gay man and a son of Guam, I want nothing more than the LGBT community on the island to be able to marry the ones that they love. I ask all of you to join me in urging the governor of Guam to allow everyone, regardless of sexual orientation, the legal right to marry,” pleads Cruz.