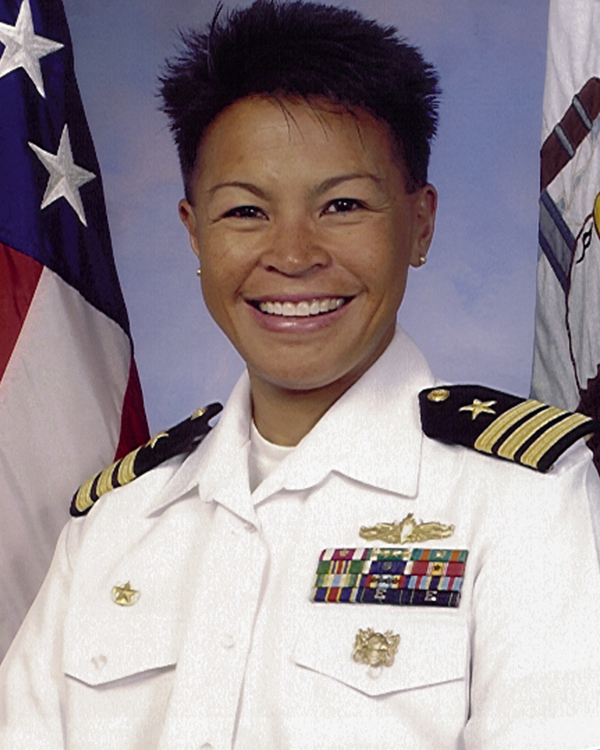 READ the announcement on defense.gov HERE

Rear Adm. Bolivar was born in Honolulu.  She is a graduate of the United States Naval Academy, where she received a Bachelor of Science degree in Oceanography.  She holds a Master of Science in Management from Troy State University.

Bolivar reported to her first tour as the Fleet and Message Center Officer/CMS Custodian of the U.S. Naval Communications Station, San Miguel, Philippines.  She then served on the Secretary of the Navy’s (The Honorable James H. Webb, Jr.) staff as a writer/researcher for the SECNAV’s White House Liaison Office; and then in 1988, Bolivar was accepted for lateral transfer to the Explosive Ordnance Disposal / Diving and Salvage Community as a Special Operations Officer.