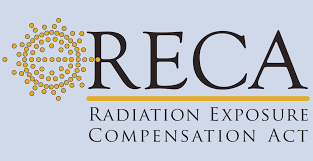 Pacific Association for Radiation Survivors President, Robert Celestial, is calling for Bipartisan Support from Guam’s leaders to push for the RECA bill to pass in both the U.S. House and Senate.

PNC’s Don Sulat has the update on this story…

In an interview with PNC – Celestial reports that as it currently stands, RECA is set to end in July of this year.

PNC previously reported that in order to accommodate those affected by radiation exposure, one of the requests made to Congress was to add a 2-year extension as RECA has a sunset provision and is set to end in July of this year.

Moreover, Celestial reports that as things stand, in order to make more progress as the due date draws near, Guam would need support from both sides of the aisle in order to gain more traction.

Celestial further reports that in response to the inquiry on the science, or side effects that the “Downwinders of Guam” faced, PARS presented the data to the National Academy of Science. But stressed that the original intent of RECA was compassionate payments regardless of scientific data.

According to George Bush’s statement on October 1990 in regard to RECA, quote, “The bill provides compassionate payments to persons with specified diseases who fear that their health was harmed because of fallout from atmospheric atomic testing at the Nevada test site, regardless of whether causation can be scientifically established.”