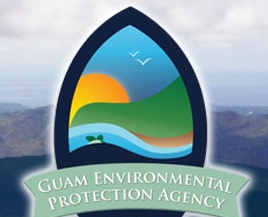 A recent audit completed by the Office of Public Accountability of the Recycling Revolving Fund shows questionable costs by the Guam Environmental Protection Agency.

Guam – $158-thousand dollars. That’s the total amount of expenditures being questioned by the OPA in their recent audit of the Recycling Revolving Fund. OPA is now telling GEPA to take certain steps before spending anymore of those funds, otherwise it won’t be accounted for.

According to the audit, GEPA spend about $158-thousand dollars for the Zero Waste Conference and travel during fiscal year 2013 to 2014.

While that spending may have encouraged recycling, the OPA is deeming those expenditures as questionable costs because there are no recycling rules and regulations in place. Therefore, the audit report states, it cannot be assured that the RRF expenditures for the conference and travel were even authorized.
OPA is asking that GEPA come up with rules and regulations in accordance with the law, otherwise, they suggest that GEPA suspend any RRF spending.
ZERO WASTE CONFERENCE (MAY 2014)
Total costs = $86-thousand
$57-thousand – conference venue, printing, giveaways, speaker fees, and training and exam fees.
$29-thousand – travel expenditures to bring instructors and presenters for the conference
TRAVEL EXPENDITURES
FY 2013 – $34-thousand –
Five GEPA employees attended meetings and trainings related to solid waste management
FY 2014 – $67-thousand –
$29-thousand – related to the Zero Waste Conference
$38-thousand – Five GEPA employees attended meetings and trainings related to solid waste management and recycling
In response to the report, GEPA Administrator Eric Palacios told PNC that GEPA management will review the report thoroughly and discuss all available options. Palacios says that he respectfully disagrees with certain portions of the report especially areas that give the impression of wrongdoing. He says “to be very clear, every dollar is properly accounted for”.
Palacios defends his team’s work in the Zero Waste Conference, which he says required multiple levels of review internally and by various agencies. He says GEPA, including its Board of Directors, was fully transparent throughout the planning, procurement and execution processes. Lastly, Palacios says he appreciates the OPA’s efforts in conducting the audit and he is committed to making improvements where necessary.
The RRF was created as a separate GovGuam fund by public law in November 2003. It was intended to help the Abandoned Vehicle and Streetlight Fund. Proceeds from recycling fees were to be deposited into the RRF. GEPA was authorized to contract with recycling companies to collect, remove, and dispose recyclable materials and was to promulgate rules and regulations in accordance with the law for proper implementation. According to the report, the audit was conducted by OPA at the request of a senator in the 32nd Guam Legislature.