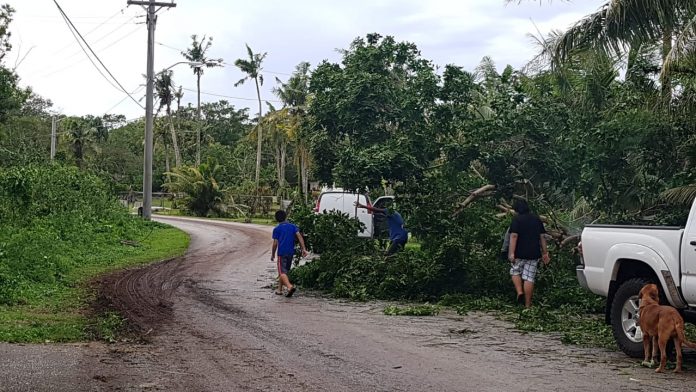 Guam – Recovery efforts are now underway as the island recuperates from Typhoon Mangkhut which brought 74 mile an hour winds and greater to the island Monday and destruction in its path.

Downed trees and vegetation, power lines, flooding and power outages can be seen and felt throughout the island as GovGuam agencies are out in full force working to clear debris from roadways and yards and restore power to villages.

Department of Public Works Director Glenn Leon Guerrero shares he was concerned about the northern part of the island as that area took the brunt of Typhoon Mangkhut.

DPW crews have been out since 1 a.m. Tuesday conducting wind shield assessments in the north and south. He reports that some lanes such as Snake Road leading up to Agana Heights and near the water tank in Agat are impassable due to downed trees and debris.

Leon Guerrero asks that residents stay off the roadways to allow for DPW to clear them first.

As of 6 a.m. Guam was still in Condition of Readiness 1.