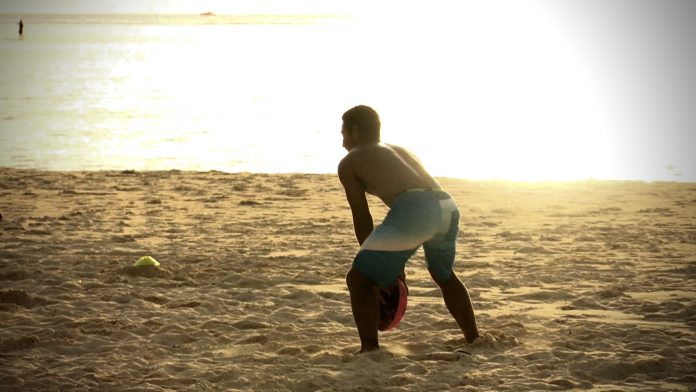 “It was definitely a great weekend in the sun!”

GUAM – The Southern Rugby Club wrapped up their first ever 5 on 5 touch, Beach Rugby Tournament, and what a success it was! 11 teams showed up to Jimmy Dee’s Saturday for fun in the sun, and rugby. The first event put on by the Southern Rugby Club, was meant to get people out and spread knowledge about the sport of rugby. Many competitors and spectators took to the sand to enjoy the tournament. Of course it was touch, to encourage players who have never played to want to join. Results from the top teams of the event: coming in 3rd was Can’t Touch this! Coming in second, falling to the eventual champions was Team Fresko, and going undefeated the entire tournament and captained by veteran player Kimmy Taguacta although it was Shane Conception who scored the game winning try. The RED LIONS finished as the Champions of the whole thing, not losing a single game, and beating Fresko.