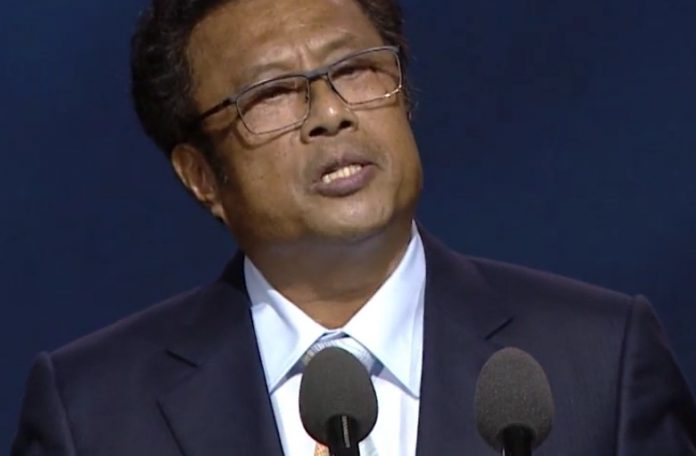 Veterans from the CNMI, Palau, and others in the Micronesian region were also honored during Veterans Day for their service.

In the CNMI, Governor Ralph Torres saluted all veterans who served in times of conflict, and in times of peace. He said their commitment to the principles of the nation and their personal sacrifice to preserve those principles shall never go unnoticed.

In other parts of the CNMI, the office of the Mayor of Tinian and Aguigan also organized a Veterans Day ceremony recognizing their sacrifice to uphold duty and country.

Edwin Aldan, mayor of Tinian and Aguigan, said: “As I had mentioned before, the CNMI alone has one of the highest number of sons and daughters in the armed forces. Our people have seen and lived through the sacrifices, dedication, commitment, and courage to serve this great country of ours.”

In Palau, President Tommy Remengesau Jr. declared Nov. 11 as a Day to Honor Palauan veterans, saying that for over the past 25 years, many Palauan men and women have had the privilege of serving as members of the US Armed Forces. And their service has helped the United States to protect not only its homeland, territories, and the freely associated states, but also freedom-loving people all over the world.