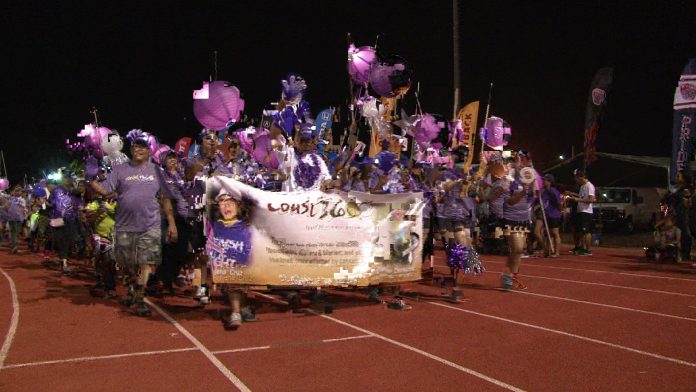 Thousands gathered for the annual event that raises funds to fight cancer.

Guam – The 2016 Relay for Life was a huge success as thousands gathered for the annual event last Friday.

This year, 76 teams and over 300 survivors and caregivers attended the event. But it was a little different this year. Instead of a 12 hour event, Relay for Life was held over a six hour period.

The American Cancer Society began with Zumba, then went on to their victory lap, parade of teams, some entertainment, a luminaria show, their fight back ceremony and some relay contests.

The goal this year was to raise $486,000, but the American Cancer Society announced that through all the community support, they were able to smash that record and raise $532,000.

The funds raised will benefit cancer research for the American Cancer Society.