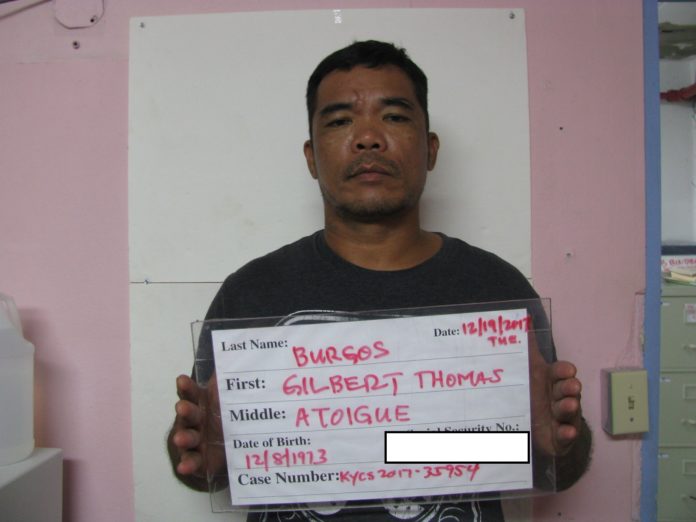 Guam – The man who allegedly intended on selling 150 grams of methamphetamine in the parking lot of the Agana Shopping Center will remain behind bars despite efforts to be released.

A tip about a drug transaction pointed local law enforcement officers in the direction of Gilbert Burgos. A surveillance team was set up and Burgos was caught with 150 grams of methamphetamine in his person. Since his arrest in December 2017, he has remained incarcerated unable to post the $50,000 bail ordered.

In court today, Burgos sought to modify his release conditions citing to the court that his friends and family were able to come up with $15,000 to post bail. The government stood by their request of bail at the amount of $50,000, pointing out that they had initially requested for bail to be set at $100,000.  While Burgos’ attorney told the court that her client’s crime is non-violent and had Third Party Custodians willing to oversee the defendant, Judge Anita Sukola denied the request noting her concern that he is charged with possessing 150 grams of ice a street value of $75,000 that he intended to sell at Agana Shopping Center.

The next hearing is set for March 20th.