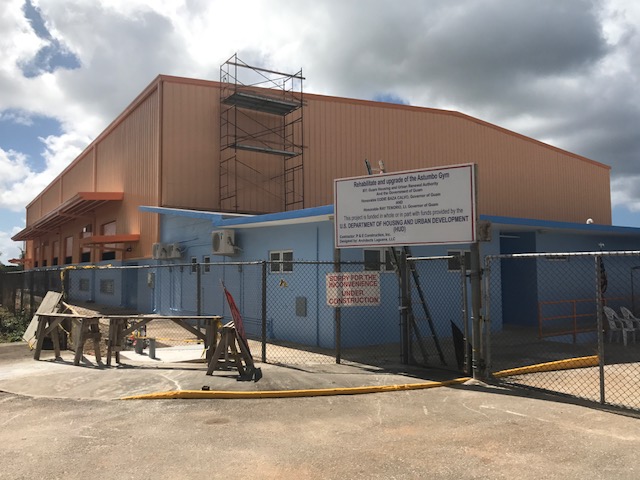 Governor Eddie Calvo said they will soon be cutting the ribbon on other gyms around the island that have been renovated. The gym at Astumbo will also now be better able to serve as an emergency shelter during typhoons or other disasters. The governor says the hardening of Astumbo and other gyms will serve a dual purpose as shelters and as sporting facilities.

“Right now, we’re going to have a bunch of young kids making use of this facility playing sports and by the way when I get out of office I’m getting two new knees so you might see me slam dunking. I’ve asked can you get a knee about maybe six inches because I’m gonna have big knee caps because I’ve always wanted to be five-foot ten. So, I’m going to be playing basketball in a few years. But for our kids to make use of this gym and a lot of youth and manamko’ making use of the facility. It’s also gonna alleviate a lot of pressure from DOE,” said Governor Calvo.

The governor says he also is also working on finding a way to construct a homeless shelter.