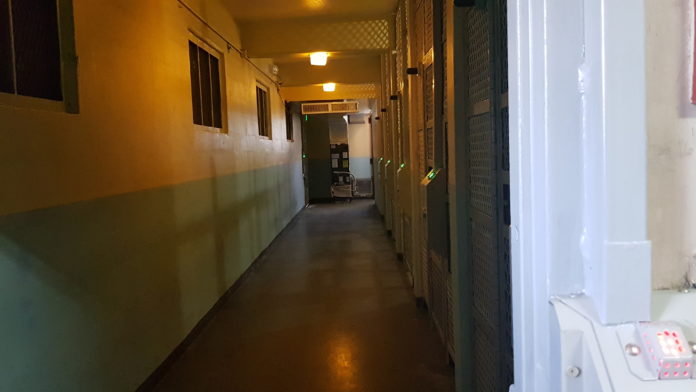 Guam – While the Department of Corrections is minimizing overtime they are maximizing the funding available for renovations to the decades old facility.

Thanks to Compact Impact funding the Department of Corrections has been able to renovate the three housing units.

According to DOC Director Tony Lamorena this means that maximum security inmates and detainees housed in POST 6 also known as the SHU will be relocated today to the recently completed POST 7 housing unit.

For the next three months renovations will be conducted on Post 6. They include the installation of new locking mechanisms, interior and exterior cameras.

But that is not the only improvements being made at the compound.

“We will be installing cameras on the back side where the domes are and then down on the perimeter of post 5. The three posts that have been renovated will have exterior and interior cameras,” stated Lamorena.

He says the officers assigned to central command within those posts will be able to easily monitor the surroundings. Lamorena further shares that they are building up the surveillance so that in the future one officer will be tasked to monitor all the security cameras.